﻿﻿U.S. inserted Venezuela in the ‘blacklist’ of negligent countries 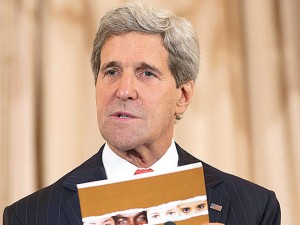 The United States added yesterday Venezuela to the blacklist of negligent countries. This list is for nations that fail to meet the minimum standards against human trafficking.

The “blacklist” was divulged in the anual State Department report on human trafficking. The document grated Venezuela with the lowest score (level 3), which could result in penalties assessed against them.

This list has a total of 23 countries, including Cuba, Russia, Saudi Arabia, Thailand and Malaysia.

Among the countries that experienced a downgrade  also figures Colombia, which has fallen from the first category, integrated by those countries that fully comply with the Law on Protection of Victims of Trafficking.

Until now, the government of Venezuelahas made no pronouncements on this announcement.