10 years of the death of actor Marlon Brando are remembered 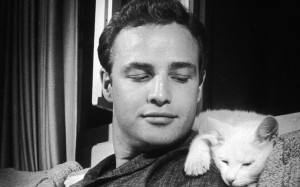 This weekwas recalled a death decade of best actor in history, Marlon Brando . In addition to his outstanding work in acting, he also starred in a turbulent and tragic personal life.

All subsequent stars learned from him, from James Dean to Paul Newman, Robert De Niro to Sean Penn, Al Pacino to Gene Hackman. His legacy is such that there is no interpreter not to take as a reference to Brando.