11 young Venezuelan opponents will be put on trial

Two courts of Caracas ordered prison for eleven young protesters arrested last Thursday on two of the four opposition camps in the east of the capital, accused by the prosecution for the crimes of illegal possession of firearms, conspiracy, incitement to disobey the law, using teenagers to commit crimes, obstruction of public roads in attempted violence, property damage, minor drug traffic and possession of incendiary substances.

To other 156 young, also arrested the same day in the camps, the judges gave them freedom but precautionary measures were imposed to them to attend courts periodically, according to the prosecution.

Relatives, lawyers for the detainees and human rights activists have rejected the accusations against the opponents and have reported that the youngsters were arrested without meeting the legal proceedings. 243 opponents were arrested in the four camps. 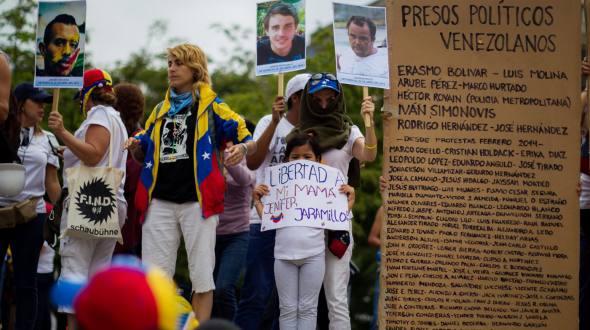 Relatives, lawyers for the detainees and human rights activists have rejected the accusations against the opponents.