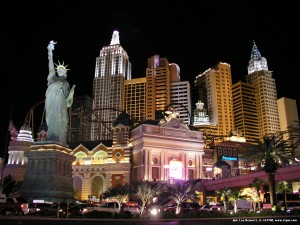 127 members of the mafia network Cosa Nostra were captured today in the U.S. The FBI conducted a macro operation throughout the east coast, where they got captured. The charges go from murder to drug trafficking.

The 16 charges filed by the U.S. Department of Justice are from people that were detained near the popular New York neighborhood. The trapped offenders are members of the five Mafia families that operate in: New Cork, the Genovese, Gambino, Colombo, Lucchese and Bonanno, and De Cavalcante in the neighboring New Jersey.

The families that integrated the Cosa Nostra, which operated mainly in the metropolitan New York and New England region, they have controlled for decades many of the local economic affairs, such as construction. The decline of the Mafia began when the Russian, Mexicans, and Asians criminal networks, began to infiltrate in their territory.

Eric Holder, U.S. General Attorney traveled to Brooklyn to give details of the operation against the Mafia, which involved 800 officers.

Anne Hathaway Will Be the New Catwoman