13 female artists, together in a book 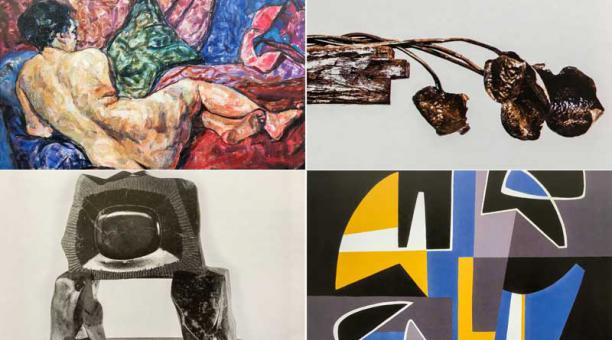 Marco Antonio Rodríguez has begun, modestly, to settle an old debt. Not yours, but the world of art as a whole, with creative women, of whom little has been written. In ‘Solo de mujeres’, the writer from Quito exercises his reflections on the plastic arts again, but this time he has chosen only female artists: 13.

As usual in this type of texts, Rodríguez weaves details of the personal lives of the artists with specific data, which may even be technical, of the works and their reflections around both aspects

In the pages dedicated to two of the oldest artists, Rosales and Paz and Miño, the author travels for the reasons; in the case of Rosales, he stops in the nude, which the artist from Guayaquil managed to work so well.

With Paz y Miño, she can expand on her stages: from her training at the School of Fine Arts to the power that the artist could both extract and breathe into the andesite stone.

Three foreigners who have built an important part of their work, if not all, in the country, also appear in this volume; it’s Margot Ledergerber, Carole Lindberg and Doina Vieru. Rodríguez takes care to label the works of the artists; rather it abounds in reflections, similes or metaphors in relation to what you see in them.

This is a conscious decision of the author who has not wanted to enter the territories or the history of art or criticism. His is the sincere appreciation and, as he admits, generous without collections of a literary man fond of the plastic arts. Although Rodriguez has risen – without premeditation, he says – to the wave of women’s vindication, what they are and what they do, he acknowledges that this vacuum was not always clear both in the local historiography of art and in its practice everyday

In addition, he is aware that these 13 artists of his book are very few, in relation to the real presence and the importance of the artists in Ecuadorian art. Therefore, even when the book does not meet two months in bookstores, it is already preparing a second volume, which will include essential names such as Pilar Flores and other new ones such as Juana Córdova. (I)