17 days have passed since Israel began the bombing over the Gaza Strip, which has killed more than 730 Palestinians and 34 Israelis so far. Over 80% of victims are civilians, according to human rights groups.

This Thursday, Coordinator for Humanitarian Affairs for the UN, Valerie Amos, expressed her concern about the situation of civilians in Gaza, who have nowhere to shelter from Israeli air strikes and described a situation in which “people are crowded into a piece land where they almost can not move.” 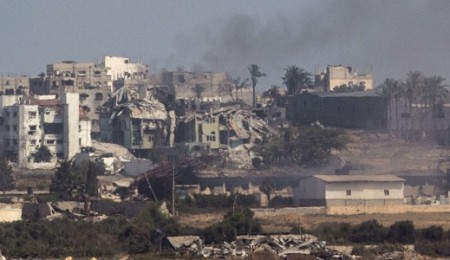