2 former executives of Territorial Bank were sentenced to 8 years 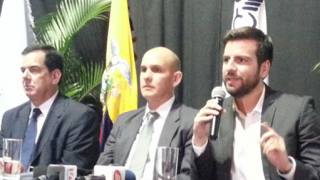 Two former executives of the closed Territorial Bank, were sentenced to 8 years in prison on Monday, May 19, 2014, informed the Attorney General´s Office in its Twitter account. They were convicted on charges of bank peculation since April 10.

The penalty was imposed by the Fifth Court of Criminal Guarantees.

After irregularities, solvency and liquidity problems, the Territorial Bank closed its doors on March 18, 2013 by order of the Banking Board.