The opportunity to see lions, elephants and other exotic species close by has summoned the world’s zoos and aquariums throughout history. But, the enclosure and the effects that this has on the species, has caused in Ecuador the need to rethink the usefulness of these centers and redirect their activity towards conservation. 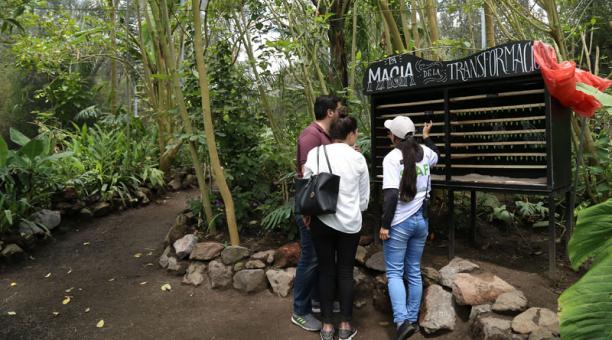 These centers, which have historically been characterized by the exhibition of animals, have been incorporating conservation practices and attention to victims of illegal species trafficking, although in the case of Ecuador, this jump has not been so difficult due to the high number of species trafficked, emphasizes Cristina Cely, veterinarian and director of Sea Sheperd Conservation Society.

In 2018 alone, 3,600 animals were retained and rescued, almost half of the species housed in all zoos. A high percentage of those rescued fail to reintegrate into wildlife, so zoos become their home and, therefore, animal welfare must prevail there, says Cely.

In the case of the Quito Zoo in Guayllabamba, where 152 animals of 88 species live, exotic animals are kept, which they inherited from the old military zoo or were confiscated; conservation programs of emblematic species such as the condor are carried out and rescued species are cared for.

207 victims of illegal traffic arrived in this site in 2018. Among the animals that are exposed to the public there are also rescued animals such as Suro, a spectacled bear who arrived when he was just a baby, after his mother was killed.

There are also two lionesses and a male that were transferred, from a Guayas rescue center. For Martín Bustamante, director of this zoo, in Ecuador the conservation of the exhibition should not be dissociated, nor demonized the latter, rather he believes that he should have a message that motivates people to commit to caring for animals.

His argument supports him with an example: in the last three months they took care of a monkey that requires a nurse to feed him every two hours. “The zoo gives us that option to generate resources to be able to pay what people do not see,” he adds.

This public center is financed with the collection of tickets and only receives money from the Municipality of Quito for specific infrastructure projects. Bustamante says that the cost of attending to an animal victim of illegal traffic can represent up to five times more than they invest in a copy belonging to the zoo.

Faced with the debate about whether these management centers should stop having animals for display, EL COMERCIO conducted a survey through the web to find out what readers think. Of 1,565 participants, 1,023 responded that they should focus on rescuing threatened animals and victims of illegal trafficking; while 490 believe in both activities.