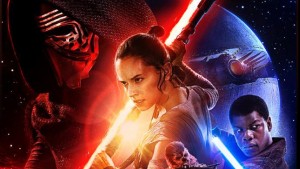 35,000 fans of Star Wars already have their presale tickets for the release of the tape directed by J.J. Abrams, says Vanessa Zenck, Marketing Manager for Disney in Corporación El Rosado and distributor of the film in Ecuador. This figure would mark a record in terms of sale of tickets early for a premiere.

In addition, points out that for this weekend’s opening are expected to attend from 250,000 users in the cinema chains to screened the film across the country.
“At the end of the premiere is hope that more than one million people have seen Star Wars: The Awakening Force“, says Zenck.

In our country, specifically, exposed Zenck, “we have a number of public spaces communicating this debut since a month ago. Also since last week started with a strong guideline on television, there has been much promotional material for cinemas”.

Shopping malls also appreciate statues of life-size of the new Trooper and BB8, which were imported with purpose of the premiere on Friday.

The tenth salary supports the arrears in civil employees

Oil crisis influences the increase of the interest rate to 17.3%