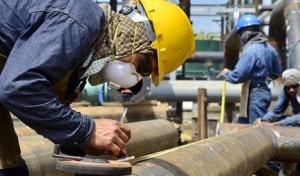 Despite the scenario of falling prices, Ecuador’s oil production will end the year with record levels since the country began to export the product early in the 70s. According to projections from the Ministry of Non-Renewable Resources, 2014 will close with a total extraction of 202.6 million barrels of oil.

This volume, besides representing an increase of 3% compared to 2013, will involve a record that will leave behind the peak of 195 million barrels per year in 2006.

The increased production has exclusively come from the hand of state companies, as this year the private ones will close with a low production, a trend that has continued over the past eight years.

Pre-legislative consultation will depend on the CAL