2015, of the last four years, the one with lowest imports 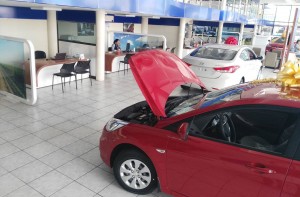 2015 would close with a decline in imports of about $ 2,200 million because of safeguards, according to estimations made yesterday by the Minister of Industry and Productivity (Mipro), Eduardo Egas.

But official figures released until last October by the Central Bank of Ecuador (BCE for its Spanish acronym) reflect that from January to that month, $ 4.301 million less were bought abroad in relation to the same period of 2014. This is, -19, 7% in foreign currency and -8.1% in metric tons, which would be the worst drop in imports in the last four years.

Given the projection of Egas and the official figures, the business sector is not optimistic and estimates that the decline could reach a 20% at the end of the year and exceed the BCE data of October.