$ 288 million in remittances left the country 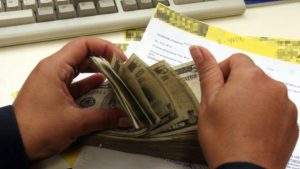 Its dollarized economy makes Ecuador a top destination for migrants from the neighboring countries.

The largest amount of remittances sent by foreigners living in Ecuador is mainly directed to Colombia, Peru, China, Argentina, and Chile. According to figures from the Central Bank, USD 288 million were sent last year, compared to 278 million recorded in 2015. Transactions were mainly made from the Pichincha, Guayas, Azuay, Manabí and El Oro provinces. Remittances were sent weekly or monthly. Or when the migrants could raise between USD 100 and 300, on average.

Money leaves the country through different mechanisms, but mostly through couriers. Also through bank transfers and there are even cases where migrants chose to personally take those resources to their countries, every one or two years.

Eight bond issuances have been made over four years

The Government will exploit more fields in Yasuni