3.74 tons of drugs were seized in 5 counties 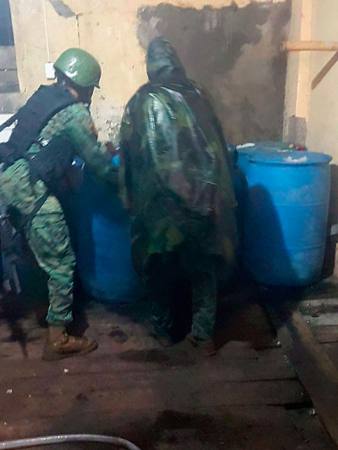 Last week personnel from the Naval Force, the Criminal Police and the Prosecutor´s Office seized drugs in 5 counties.
The record of the seized alkaloid in four days (since last Friday) was 3.74 tons, or specifically 3,745.7 kilograms.

On Friday, the Antinarcotics Police found a total of 665.3 kilos of cocaine in Anconcito (Santa Elena) and arrested 23 people, including dock workers, whose relatives denied links with criminal organizations.

Deputy Interior Minister Diego Fuentes indicated that the drug came from Colombia, where the police in that country carried out a seizure. He pointed out that the cargo seized in the Peninsula was sent by that organization.