30 more loans from the Cofiec case remain under investigation 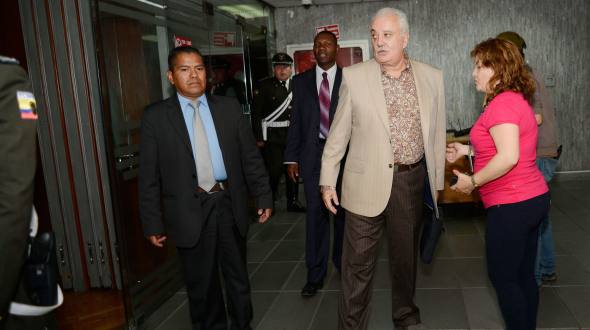 After the delivery of the judgement in the Cofiec case, the Prosecutor announced that it continues with the investigation of 30 credits that this bank allegedly granted in a irregularly way without guarantees, for a total of $ 1.33 million.

Attorney General Galo Chiriboga said that these new investigations are carried out by the Prosecutor´s Office of Pichincha because none of the possible suspects have jurisdiction of the National Court of Justice (CNJ).

Chiriboga said that the prosecution is expecting the Criminal Chamber of the CNJ to notify the text of the decision in the Cofiec case to know in details the penalty to be imposed on those convicted.

Spokesmen for the CNJ noted that, because of the complexity of the subject, the sentence would be notified on Monday or Tuesday of next week.