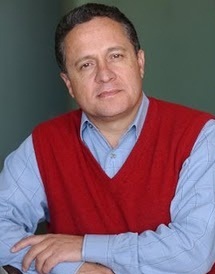 Rodolfo Muñoz, Ecuadorian film director and journalist, introduced his last documentary entitled “Muchedumbre 30-S” (Crowd 30-S), where he shows the September 30, 2010 (30-S)events occurred during the rebellion of the National Police and Military against the current Ecuadorian government.

This work, of 90 minutes, has explicit images which project the most critical moments of the armed revolt, the hesitation of a coup d’état and the failed life attempt to President Rafael Correa.

Muñoz’s film has real testimonies of President Correa, victims, and witnesses of this tragic event.

Rodolfo Muñoz worked as a CNN correspondent for 14 years. However, he resigned his position because he did not agree with the point of view that the American TV network gave about the unfortunate event in Ecuador.