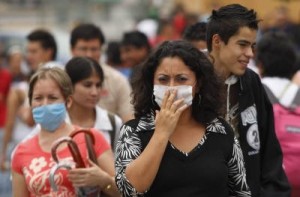 Juan Martín Moreira, National Director of Epidemiology in the Ministry of Health, informed that 35 from 467 samples taken randomly in public and private hospitals throughout the country (mostly in Pichincha and Imbabura); reported the H1N1 virus.

According to Moreira, eight deaths have been registered due to “severe respiratory infections; however, it has not been confirmed that they are associated with the H1N1 virus. “The cause of the deaths is yet to be confirmed by laboratory; therefore, there is no assurance that the eight deaths are caused by the H1N1 virus,” added Moreira.

The especialists ran the necessary tests, the results reflected the eight deaths were caused by H3N2, common flu, and not by the H1N1 virus.

There were five possible cases of H1N1 influenza in Tungurahua until yesterday. Patients were treated at the Provincial Hospital of Ambato and at the Social Security Institute (IESS), one of them passed away.

The doctors recommended people to not self-medicate if they present symptoms of influenza and to go as soon as possible to the nearest health center.