National political organizations have registered with the CNE 3.8 million signatures of citizens who, many times, deny being party members. Only in the last three months, the CNE registers 16,931 requests for disaffiliation. 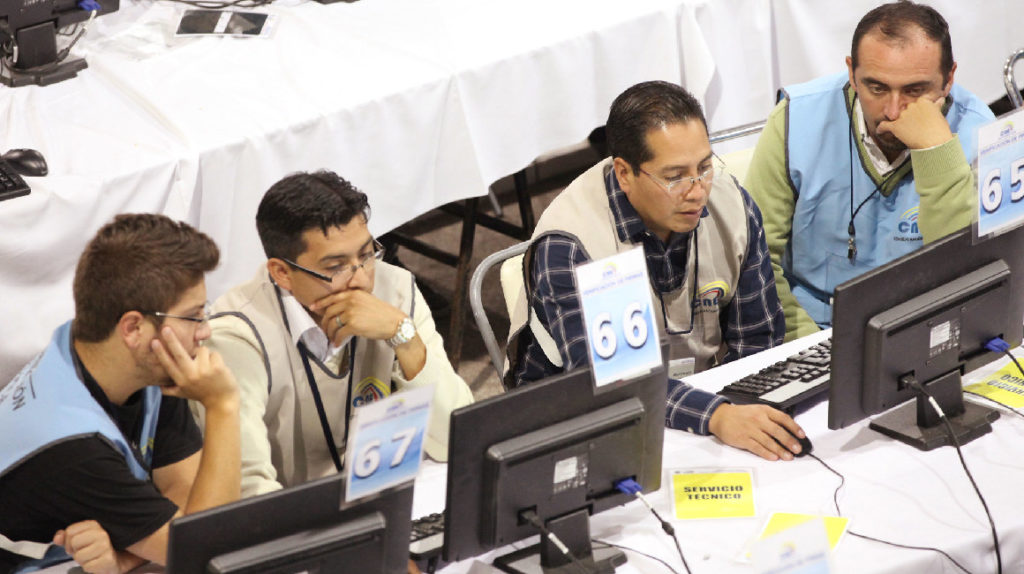 In 2012, the CNE reviewed the signatures of all national movements and parties, after the scandal of false signatures.

The number of political organizations registered in Ecuador is high. For the 2023 elections, there are 276 national, provincial, cantonal and parish parties and movements that will be able to present candidates.

That they appear in that registry means that they have completed their registration process before the National Electoral Council (CNE), whose main step is to present the signatures of their affiliates or adherents.

These records presented to the CNE mean that 4.7 million Ecuadorians are registered as affiliates or adherents to the 276 political organizations at all levels, according to information provided by the electoral body to PRIMICIAS.

This means that 36% of the electoral register, currently at 13.45 million , have a political affiliation.

The majority of signatures correspond to the 16 national political parties and movements, in contrast to the provincial, cantonal and parochial ones.

The high number of Ecuadorians who appear as members or adherents contrasts, first of all, with the poor perception that the same citizens have of the political parties and movements.

The latest Click Report survey found that more than 80% have a bad image of these organizations and do not trust them .

In addition, it contrasts with the support they obtain in the elections. The data from the national movements show that many times they get fewer votes than the number of affiliates or adherents they register with the CNE.

To register with the CNE and obtain legal status, parties and movements must present the support of at least 1.5% of the electoral roll (current that year) as affiliates or adherents. This means, with the current register, some 201,750 signatures.

In the case of the parties (there are seven in force), they must present the affiliation forms . These are cards that contain all the member’s data and their signature.

The movements, on the other hand, must present their register of adherents . This must contain “at least” the identity data of the citizens, their fingerprint and their acceptance signature to join the political movement.

In both cases, the CNE verifies the signatures , comparing them with the databases of the Civil Registry and the electoral registers of previous elections.

This means that the 4.7 million Ecuadorians who appear as affiliates or adherents had their signature reviewed in the CNE.

To check if you are within this figure, you must obtain the certificate of apoliticalism online, following these steps .

But the differences between parties and movements is something that would change if President Guillermo Lasso’s referendum passes.

One of the proposed questions proposes more control over the movements, so that they have affiliates just like the parties.

3.8 million people appear as affiliates or adherents to national parties and movements.

Most of them are part of the Mover movement, renamed Alianza PAIS , which has almost a million adherents in total.

The rest of the parties and movements, on the other hand, have around 200,000 members registered with the CNE.

The fact that the parties and movements have the support of these people should guarantee them, at least, that number of votes in the elections.

However, reality shows that seven national organizations obtained fewer votes in 2021 than the affiliates and adherents that register with the CNE.

In 2012, after the CNE enabled the option for citizens to verify online if they are listed as affiliated or adherent to a political organization, thousands of people denounced an alleged forgery of their signatures .

The scandal uncovered the business of buying and selling signatures for affiliations. All the parties and national movements were splashed.

10 years later, the same concerns arise from citizens. In the last three months, there have been two big accusations that give rise to a new possible case of false signatures .

And this could worsen now that the CNE has once again enabled the option of verifying the apolitical certificate online .

In fact, only in the last three months, the CNE registers 16,931 requests for disaffiliation . Again, the majority corresponds to the national parties and movements, which gather 13,576 of these requests.

The majority, again, corresponds to the Mover movement, the new name of Alianza PAIS. Even the recently created PID movement , which will contest elections for the first time in 2023, already has disaffiliations.

What legislation protects women from gender violence to avoid femicides?