$ 42 tax in postal system will exempt books and medicines 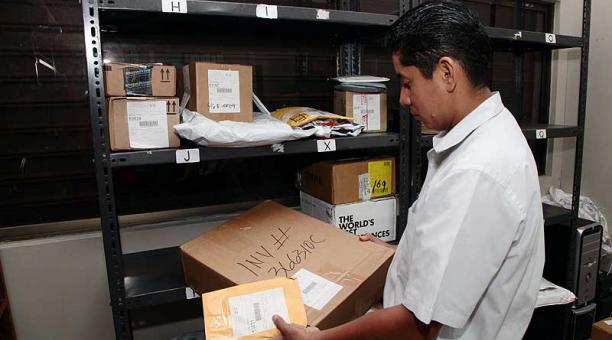 The Ministers of Industries Ramiro González and the Production Coordinator Richard Espinosa confirmed today that the purchases of merchandise abroad by the postal system 4×4 must pay a tax of $ 42 per package of up to 4 kilos. Medicines and books will be exempt from this fee.

The merchandise that is imported with 4×4 may be new or second hand and come from anywhere around the world. Cell phones, animals, jewelry, guns, ceramics, glass, fuel, explosives, pornography, drugs and spares of all kinds are forbidden to bring under this mechanism.

The Comex resolved this measure last Thursday and confirmed that it is going to be published in the Official Gazette.

The $ 42 by shipping, would represent 57% of the value of the product being imported, plus 5% that is already payed for the outflow of foreign exchange. All this would kill the service, according to Mariela Rojas, President of the Association of Couriers ofEcuador (Asemec for its Spanish acronym), who also said that the charge would affect the business of couriers.