489 police officers were physically assaulted in Ecuador in the pandemic

He lay on the street for five minutes. Three men kicked and hit him with a stick. He just covered his head with his hands and desperately asked them to stop. 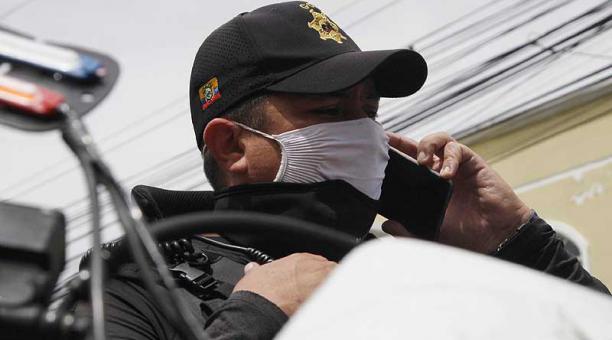 489 police officers were physically assaulted in Ecuador in the pandemic

A week after the attack, Patricio Malquin, a police corporal, recounted that everything happened in the Ferroviaria , a neighborhood in the south of Quito . He recalls that shortly before midnight, he and two other agents patrolling the sector found 15 people drinking liquor on the street and listening to music at full volume.

He says that they approached, that they were asked to withdraw, because the curfew for the covid-19 was in force, but that they refused. “From one moment to the next they started throwing bottles and hit us. It was total confusion. “

Malquin indicates that he ended up with cuts and bruises . His companions, who were in better condition, took him to the police car and took him to a hospital .

In the emergency , these violent acts are repeated daily and the highest peak was recorded in May. They are caused by violators who violate the curfew or social distancing provisions to avoid the virus .

The Police know that from March 16 to July 10, 489 officers have been attacked nationwide (there are 52,000 in the country). They receive blows to the face and kicks to the body. Attacks with sticks and stones. They are wounded with bottlenecks, knives and have even been mutilated.

Police officer Giovanny Pérez was unconscious after being hit with a stone on the head. The event occurred on May 10, in the Struggle of the Poor, in southern Quito .

Despite the curfew, a group of eight people consumed alcoholic beverages on the sidewalk. Four uniformed officers arrived on an alert from ECU-911. People did not want to retreat and began to throw stones. They had to use gas to control the event.

The Police warns that the attacks increased with the change of traffic light from red to yellow in the cantons and due to the presence of more people who consume liquor on the street.

From the outbreak of the health crisis until yesterday, July 16, 2020, the ECU-911 system received alerts from 90,675 drafters in the country.

On May 5, a man who drank liquor in the Barrionuevo sector threw a glass bottle and hit the face of Xavier Loya, a gendarme who was patrolling the sector.

He assures that everything started, because he asked him to leave.

The aggressor was arrested and processed for the crime of attack or resistance . These types of acts are prosecuted under this criminal figure, which punishes those responsible with jail terms of up to five years, depending on the severity of the cases.

In contrast, an injury that results in physical disability is punishable by imprisonment for one to three years.

During the four months of the pandemic , the capture of 688 aggressors has been reported.

Pichincha is one of the provinces with the most cases . In Cayambe a man took a brick and hit an agent in the head. This event occurred on April 23 last. Two others kicked him in the stomach and broke the patrol car’s window. It happened after the gendarme warned them that they cannot drink alcohol on the road.

Guayas also registers frequent cases. In Guayaquil , six people were arrested on April 25 after they threw stones and sticks at the soldiers who came to control the curfew.

In another case, a person was prosecuted in the Main Port after attacking a police officer, who was patrolling in the north, with a knife. The uniformed man suffered an arm injury and recovered little by little.

According to official information, 93% of the attacks that the uniformed have suffered during the health emergency have been perpetrated by Ecuadorians and 7% by foreigners .