Israel has a successful startup for every 400 inhabitants, its authorities assure, and 52 Ecuadorians traveled to this destination in search of technological knowledge. 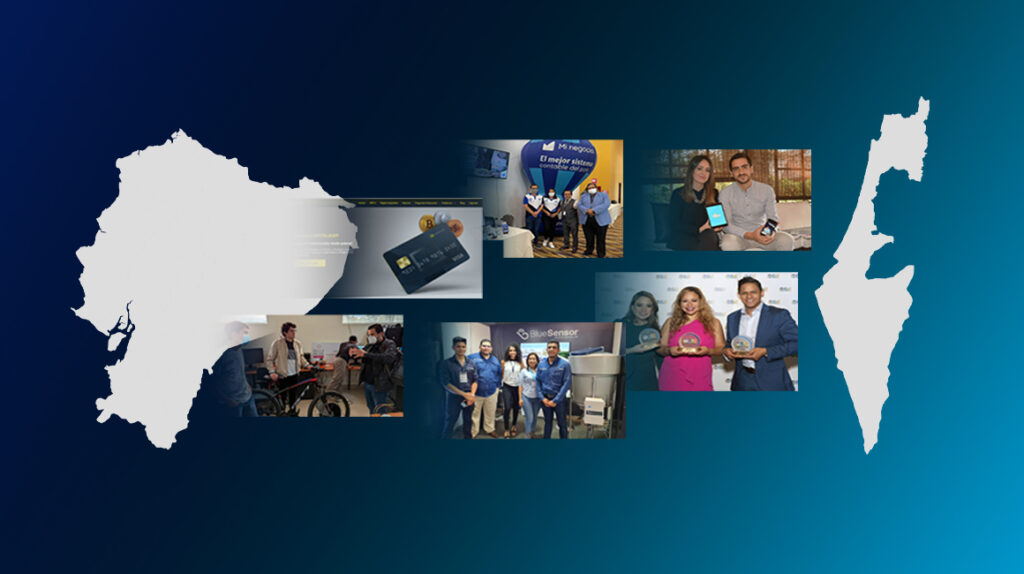 After Silicon Valley in the United States, Israel is known as a global hub for entrepreneurship and innovation. It is a country that concentrates startup accelerators, incubators and other programs to grow businesses.

52 Ecuadorian entrepreneurs arrived in Israel , chosen from 200 who applied to the Innovup program. The initiative was carried out between the Alliance for Entrepreneurship and Innovation (AEI), and the Ecuadorian Government.

“We are looking for three profiles, students with entrepreneurial potential, nascent entrepreneurs and others in growth “, says Andrés Zurita, director of the AEI.

According to Zurita, for the selection of the entrepreneurs who traveled to Israel, their profile, business model and clarity of goals were analyzed. Even President Guillermo Lasso himself defined the number of attendees.

In addition, Lasso will officially welcome the Ecuadorians together with the Israeli authorities, on May 12.

Zurita says that during the visit, Ecuadorian entrepreneurs will not only be trained in new technologies, they will also open markets and be able to get angel investors.

Among the 52 entrepreneurs, 14 have a technological or digital component , and FIRST VIEWS brings you the stories of three of them:

Hardware and Software, ‘made in Ecuador’

A business engineer and an economist took a risk shortly before the pandemic to create Sens Technologies . It is a company that develops IoT hardware and software, or based on the Internet of Things.

“We bring or bring technology closer to the industry in terms of production and logistics, and for this we connect the equipment to the Internet in order to optimize data”, explains Eduardo Herniques, one of the founders.

For example, before the pandemic, an oxygen production plant manually monitored the level of gas in the tanks.

The company’s work consisted of developing equipment that connects to sensors and measures tank levels remotely.

Since its inception, more than two years ago, Sens Technologies has sold 133 pieces of equipment. All electronic boards have been designed by five mechatronics and telecommunications engineers.

According to Henriques, they go to Israel in search of knowledge to develop new products focused on agrotechnology.

In 2019, Mujeres Wow went around the world. It was the only Ecuadorian startup participating in the Global Business Challenge in Australia . And among 616 projects, the three Monteverde brothers, founders of the company, obtained third place.

Mujeres Wow is a solution based on Artificial Intelligence (AI) and that grants credits to women entrepreneurs for up to USD 10,000. “We use AI to qualify entrepreneurs so they can access credit, but thanks to the algorithm we see social and non-traditional factors that a financial institution can miss,” says Ana Monteverde, co-founder of the startup.

According to Monteverde, the company was born to be a possible financial channel for “those women who make their home grow.”

In Israel, Monteverde says that they will visit companies linked to the Fintech (financial technology) sector, with a view to achieving future alliances and investors.

“The financial future is crypto”

Carlos Ugalde could well be called Ecuador’s ‘lord of cryptocurrencies’. His company Capitalika is a pioneer in transactions with bitcoins, Ethereum and Tether in the country , since its creation in 2018.

“Capitalika works with banks, because it buys and sells cryptocurrencies through the formal financial system ,” says Ugalde. The platform has 40,000 users in Ecuador and plans to expand to Colombia.

According to Ugalde, the cryptocurrency market is no stranger to Ecuadorians, and he assures that his company alone adds up to USD 1 billion in bitcoin transactions.

“If someone wants to buy bitcoins, they open an account at Capitalika, and if they later decide to sell them, they can do it too, and later if they want they can recover their investment in dollars,” says Ugalde, a systems engineer who was in banking Private for 30 years.

For Ugalde, Israel represents the nest of innovation and also a good place to look for potential investors. “I have no doubt that the future of finance is in the world of cryptocurrencies ,” he adds.

Singue case: Appeal is defined with an eye on Jorge Glas