6 arrested linked to ‘Gerald’ for kidnapping 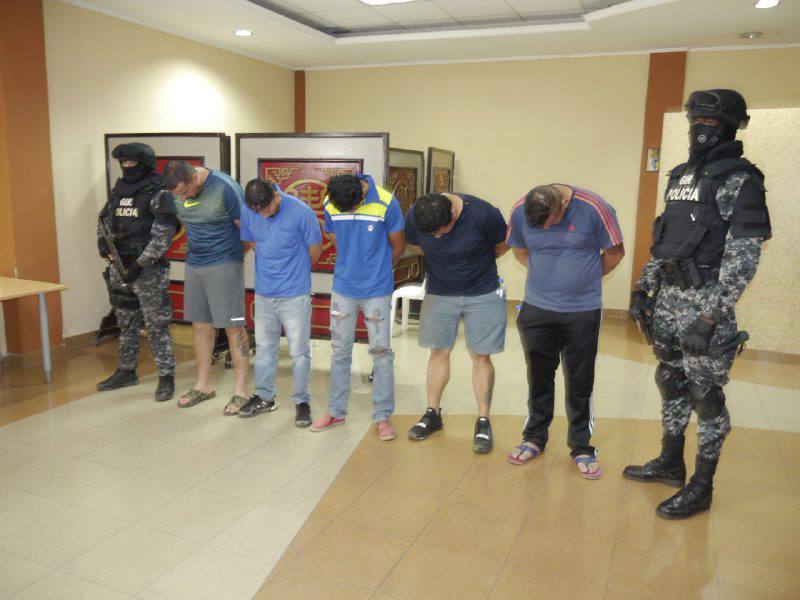 The complaint of a lawyer who reported the kidnapping that apparently suffered on February 10 allowed the capture of a gang that would be linked to the Ecuadorian drug trafficker Washington Prado, alias Gerald, who remains in a prison in the United States.

The legal professional would have been intercepted with a vehicle and two motorcycles in Guayaquil. According to his complaint, in exchange for his freedom they asked him to give the kidnappers the amount of 260 thousand dollars.

The police indicated that the lawyer had received 200 thousand dollars to advance the legal defense of Julia M., wife of alias Gerald, who was detained. And as the fact had not been achieved, they kidnapped him in the central Urdesa sector and after a few hours they released him.

Julia was released on April 14 through a habeas corpus that accepted judges from the Labor Chamber of the Provincial Court of Guayas, which annulled her sentence for organized crime. Days later she was arrested again after a judge of Guarantees accepted the request of the Office of the Prosecutor and ordered preventive detention. It also granted a period of 90 days for the closing of the fiscal instruction.

In the case for the report of the kidnapping suffered by the lawyer who apparently was going to defend Julia, the police conducted raids that allowed the detention of six citizens. Luis Fernando A.B., who was in the Florida sector, would be the leader of the criminal group and, according to the police, would have direct contact with alias Gerald.

Currently, Gerald, who in Colombia is called the Ecuadorian Pablo Escobar, is serving a sentence in the USA.

Colombian media have indicated that Gerald would have had links with alias Guacho, who is credited with the death of El Comercio’s journalistic team.

The hypothesis is that when Gerald was arrested, Guacho would have taken importance as leader of the Óliver Sinisterra group, which deals in narcotic drugs manufactured on Ecuadorian ground. (I)