The Assembly will resume today the second debate of the Law of the Legislative Function, which includes the creation of an Ethics Committee. This, when there are six assembly members forced to leave their seats in this period. 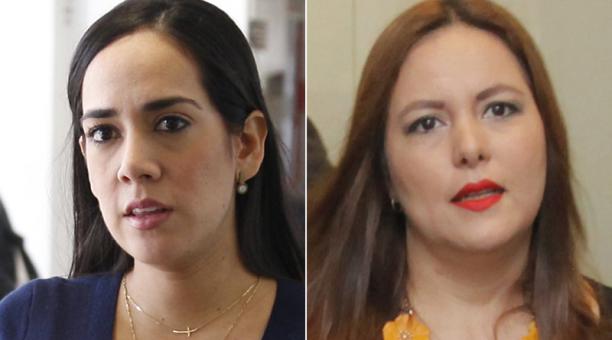 Viviana Bonilla (exAP) is the sixth assembly member to enter this list, since she is part of the 20 sentenced in the Bribery case. The Parliament is only waiting for the notification of the Court to possess its alternate, Rodrigo Collaguazo , definitively.

After not step would appeal, the loss of his seat is inevitable, because the criminal conviction ejecutoriada is one of the six grounds stipulated by Legislative Act.

Another grounds for losing that position is renunciation. It was welcomed by Daniel Mendoza , former coordinator of the AP- aliados bloc, and Eliseo Azuero (BADI), who are prosecuted for alleged organized crime.

With their decision, both evaded the impeachment processes they faced in Parliament, such as those that ended with the departure of Norma Vallejo (AP), Sofía Espín and Ana Galarza (exCreo), due to irregularities.

Azuero resigned last Tuesday. His whereabouts have been unknown for a month and a half. Amapola Naranjo (RC), who wanted him to be removed, will insist that he be censored in plenary. A Multi-Party Commission made him responsible for managing public positions and funds.

In the reforms to the Legislative Law , the possibility of creating an Ethics Committee, with five representatives of the banks, is discussed so that the Assembly can respond to events of this type.

Unlike the occasional commissions , if the Committee is approved, it would not act only on complaints but would automatically investigate legislators who commit acts such as collecting contributions from their workers, when they do not work or are dedicated to the ‘ lobby ‘.

The assembly members , however, have not yet agreed on whether this body would meet permanently or temporarily. Among others, Eliseo Azuero and Viviana Bonilla were the ones who proposed the creation of this instance. Of the 137 legislators, about 60 are facing legal proceedings.

The second debate on the project will resume this Thursday, at 3:00 p.m., after just over seven months of being suspended. The basis is a report that was approved by the Justice Commission on May 9, 2019.

“You have to make agreements and reach consensus, it is not such a simple law, it is quite broad,” argued the president of the Assembly, César Litardo (AP), explaining the delay in the reform process.

The project consists of 170 articles. It has been under analysis for two years, after another was vetoed in its entirety by the Executive, on June 12, 2017, for constitutional reasons .

For César Rohón , coordinator of the PSC, the fact that it has not been approved so far shows that “there is no continuous treatment of the issues” in Parliament. “At the rate it is going, this will stay for the next Legislature,” he warned.

Marcela Aguiñaga (RC), former president of the Justice Commission, stressed that the project also points out that the Oversight Commission must be in permanent session and will no longer be able to file or leave impeachment requests in limbo due to lack of votes, but to send all the files to the Plenary.

Meanwhile, the House was installed yesterday to discuss a possible restructuring of the parliamentary table, following the resignations of Azuero and Mendoza and investigation for alleged extortion faced by Karina Arteaga (AP), another of its members.

The president of the Commission, Johana Cedeño (AP), described the procedure as “inadmissible and illegal”; In addition, she argued that the complaints of alleged distributions faced by other of its members are “unfounded”.

“There is neither in the Constitution nor in the Organic Law of the Legislative Function nor in any regulation a mechanism to restructure a commission before the time for which the law determines,” argued Cedeño.

The position coincided with that of the President of the Assembly, César Litardo (AP), and the coordinators of the Creo bloc, Luis Pachala, and the National Integration Bloc (BIN), Eddy Peñafiel .

New edition of Cyber ​​Monday will be held on September 14

Ecuador, eighth most attractive economy in Latin America according to global ranking