6 key axes of the economic law 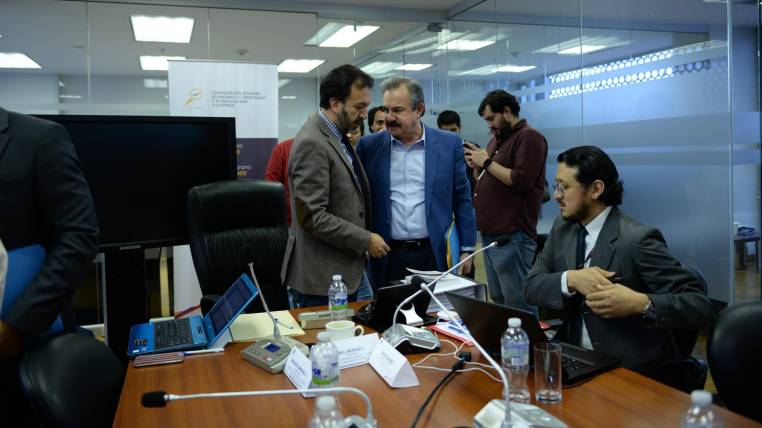 For today it is expected that the bill, which includes the measures of the economic program announced by Moreno a month ago, will reach the Assembly.

The president of the Legislature, Elizabeth Cabezas, said last Tuesday that for today it is expected that the President of the Republic, Lenin Moreno, send the document for analysis and debate.

Government authorities have announced that it will contain important issues, such as the benefits announced in the economic program, new definitions regarding public debt and reforms and laws that seek to attract more investment to the country.

In recent days, the Secretary of the Policy, Miguel Carvajal, said that to draft the bill requires a series of clarifications derived from the Comptroller’s report on how to qualify the public debt. The articles must resolve what to do with respect to the calculation of the debt and whether the limit of 40% of the Gross Domestic Product (GDP) will be eliminated or raised. This is key so that the new regime can acquire financing as soon as possible.

Moreno assured that the remission will be for one hundred percent of the interest, fines and surcharges. It will be aimed at micro, small, medium and large companies, with a term of up to two years, and “will be extended to debts to the IESS and the Decentralized Autonomous Governments.” This measure will allow companies to settle outstanding accounts with the State at a lower cost. With this strategy, the Government intends to generate 96% of the revenue it expects to raise with its tax reform this year. The changes foresee generating $ 628 in 2018.

The Government seeks to stimulate the stock market. To achieve this, it seeks to revise the norm that makes the shareholders of a company responsible for the actions of the administrator. This also aims to be an incentive for companies from abroad to arrive in the country. It also seeks to rationalize the costs of stock transactions to strengthen the stock market.

The Government announced that it is seeking to eliminate the calculation of the minimum tax from the Income Tax advance, starting in fiscal year 2019. This was one of the requests of the business sector. It also seeks to gradually eliminate the Foreign Exchange Tax.

The elimination of the minimum tax will have an impact of $ 140 million to the Treasury. It will have an effect on the revenues generated in 2019 and that would be canceled in 2020. In other words, in 2018, which will be paid in 2019, the cancellation will still apply.

The Moreno government defined six adjustments to the tax benefits in its economic program, to obtain more income. The measures expect to generate $ 12 million this year to reach $ 463 million annually in 2021. One of the actions aims to lower tax benefits for people who earn more than $ 100,000 a year, such as eliminating the deduction of expenses personal. (I)

Cocoa and its derivatives also enter the kitchen, according to Daniel Ampuero