All people of at least 60 years of age who are five months after having received the second dose of the vaccine against COVID-19, may approach to receive the third dose or booster, announced the Minister of Health, Ximena Garzón, this Tuesday December 21. Before, the indicated interval was six months. 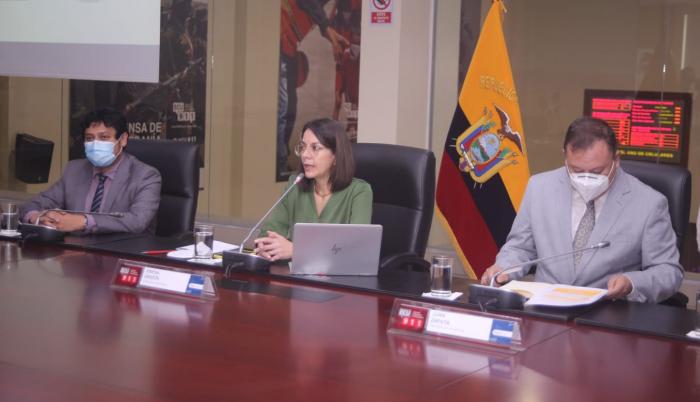 The Minister of Health, Ximena Garzón, reported on the situation of the pandemic in the country, prior to the announcement of new measures adopted by the National COE.

The health authority made this announcement in the initial part of a joint press conference with the head of the National Emergency Operations Committee (COE), Juan Zapata, in which they announced the new measures adopted before the advance of the omicron variant of the virus causing the pandemic.

In this regard, Garzón said that there are 21 total cases of this variant confirmed in the country to this date. In the morning, the State Portfolio had issued a bulletin in which it announced the isolation of 19 cases of the variant, when until the day before it had reported three.

However, Garzón pointed out that among the 19 the patient from case zero was included, that is, the first officially detected in the country. He stated that all were vaccinated with the two doses and that they remained at home, with mild symptoms.

He indicated that to control the variant, they continue to apply the strategy of three-ring fences, the infected, their contacts and their contacts. “We know that the new variant is extremely contagious, between 7 and 17 times more than the delta, ” he said, although he clarified that it is still unknown with certainty whether or not it will be more serious than the previous one.

The minister took advantage of this circumstance to highlight the importance of vaccination, for which she urged those who have not done so or have not completed the scheme, to approach the immunization centers.

“We want in this way that citizens have enough shield to have a Christmas and New Year’s party in the company of their family, for sure. There is no better Christmas gift than to have everyone healthy,” said the authority.

In this regard, Garzón and Zapata clarified that there is no prohibition of the traditional burning of puppets or old years in the family, but of the agglomerations for it in public spaces.