A total of 62 deaths and at least a score of injured is the approximate figure that is condensed, between official data and versions of internal sources, as a result of bloody clashes that have occurred since the morning of this Tuesday, February 23, in prisons of Ecuador, what the police authorities have considered a “concerted action” of criminal gangs. 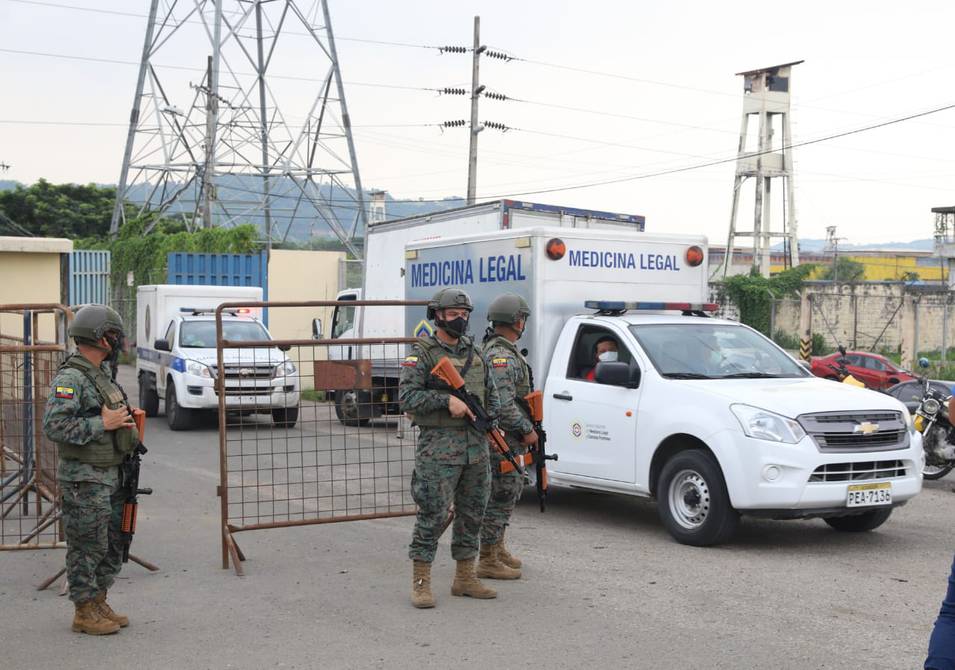 The first mutiny to be known was that of Guayaquil. A police report to which this media had access reported eight dead and six injured.

Meanwhile, in Cuenca, the inmates of the Turi prison also carried out bloody acts. Family members indicated that they learned that the inmates of several pavilions had attacked a pavilion where at least 50 prisoners were held. The Government of Azuay initially confirmed two deaths, but this afternoon at least ten fatalities and five injured were reported.

That figure increased to 38 dead in Turi, according to data provided by the Prosecutor’s Office, after 3:00 p.m. on Tuesday.

In Latacunga there was a riot as well. Reports from the Prosecutor’s Office indicate that there are eight deaths in that regional center, where some characters involved in corruption cases are serving prison.

In the early hours of this afternoon, Criminalistics personnel reported the death of more than 50 people deprived of liberty (PPL) in the three towns , according to a report from the National Police. Videos of several of the beheaded victims began to circulate on social media this afternoon.

According to the Minister of Government, Patricio Pazmiño, these confrontations are registered due to a “concerted action” between criminal gangs. In social networks, President Lenín Moreno said that actions are coordinated to regain control in the prisons of Latacunga, Cuenca and Guayaquil.

At a press conference, Edmundo Moncayo, head of the SNAI, confirmed that 67 deaths are counted in prisons and added that there are injured police officers. Minutes later, the same official rectified that the death toll is 62. The victims are distributed between the Regional Center of Guayaquil (21), Turi (33) and Sierra Norte Cotopaxi (8).