62% of Spaniards want a query about State model 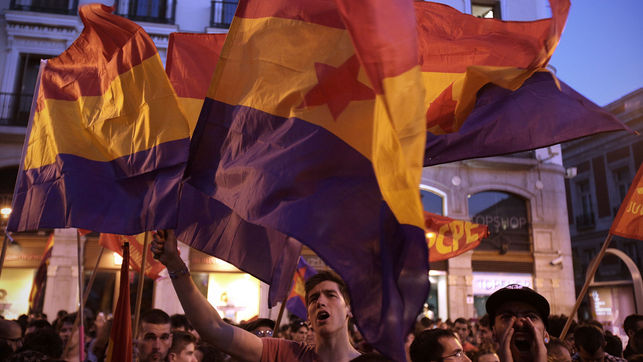 According to data from Metroscopia for newspaper EL PAÍS, 62% of Spaniards would be in favor of to convene a referendum that will decide the the State model in Spain and while nearly half, 34%, are against it.

On Wednesday the Congress by a large majority will endorse the abdication of King Juan Carlos and the screenplay will only be less than 10% of the deputies, who expressly will ask holding a referendum about  the Monarchy or Republic in the country.

The youngest and those who admit to having voted to parties of the left are the supporters of the query. A 74% of those between 18 and 34 years and have always lived in a constitutional democracy, want to vote the current State model.

The PSOE leadership flatly rejects the possibility of the referendum now and in the future, while 68% of voters who say that they are votes of this party believe that consultation should be done at some moment.