68 People Died in a Plane Crash 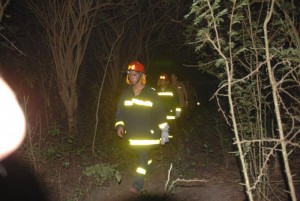 Rescue workers at the scene

MEXICO — A rescue crew worked between thick trees on Friday to get back the victims of a plane crash in central Cuba that killed all the people on board.

The accident happened on Thursday afternoon, just an hour after the AeroCaribbean flight took off from Santiago de Cuba. The plane crashed into mountains in the central province of Sancti Spíritus.

All the passengers, 61, and crew members, 7, died at the crash. According to ATR, the plane’s manufacturer, the cause of the mishap remains unclear.

Cuba’s civil aviation institute informed that 28 foreigners (mostly Latin Americans and Europeans) were among the dead.

The pilot of the ATR 72-212 twin turboprop plane reported an emergency and then lost contact with air traffic controllers at 17:42. Witnesses told Escambray (Cuban newspaper) that the plane made several brusque movements and then crashed, busting into flames.

Twitter reports from local journalists at the scene said that the ruins of the plane burned for hours, the dense vegetation hampered rescue workers.

According to Cuban media, the causes of the crash are being investigated.

Escambray posted on its Twitter feed that the dead were being sent to Havana’s Institute of Forensic Medicine for identification.