7 out of 10 people do not believe in Correa, according to Market 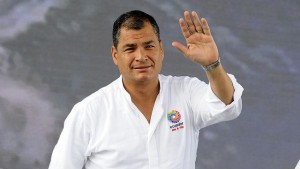 President Rafael Correa counts on 28% of credibility, according to the latest survey by Market, conducted in Quito and Guayaquil.

“Do you like or dislike Rafael Correa ?” was another concern that was raised to respondents. 68.3% said they do not like him, and 31.7% they do.