The beneficiaries of social bonds in Ecuador will reach 1.4 million, after the purge carried out by the Ministry of Inclusion (MIES). The programs still do not cover all children orphaned by femicide. 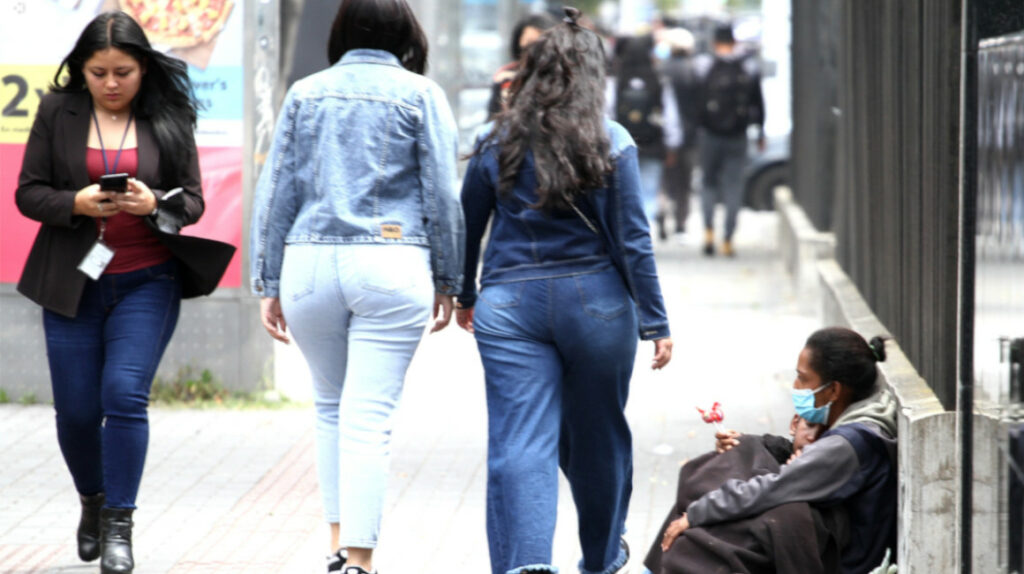 The Minister of Economic and Social Inclusion, Esteban Bernal, says in an interview with PRIMICIAS that, after purging the cadastre , there will be 1,458,000 beneficiaries of social bonds in 2022.

Bernal explains that the updating of the Social Registry cadastre has made it possible to identify who should receive bonuses. The end result is an increase of 85,000 beneficiaries.

With the current cadastre, Bernal says that the Government fulfilled one of the goals of the credit agreement that Ecuador has with the International Monetary Fund (IMF), which ends in December.

The goal agreed with the IMF was to provide social bonds to at least 70% of the population in the three lowest income deciles.

How many new social bond recipients are there in 2022?

The greatest growth occurred due to an increase in the number of beneficiaries of the Human Development Bonus and the new 1,000-day bonus, to combat malnutrition, within the Infancia Futuro program.

But there are fewer recipients of bonds for the elderly and people with disabilities.

Yes, the Government carried out a purification of all transfers between December 2021 and April 2022. After this analysis, some 125,000 people left the registers, but another 210,000 were incorporated.

Among the new beneficiaries are 55,000 people who began to collect the Human Development Bonus and 31,909 new mothers who joined the 1,000-day bonus.

This is not a MIES decision, but rather the result of the work of the Social Registry, which is an entity that has administrative autonomy and is attached to the Presidency.

What parameters did you take into account for debugging?

The analysis was made based on a score. The regulations oblige to attend only those who have below 29.7 points. If the person has a higher score, he leaves the list.

One factor that affects the score is employment status. If the person is insured at the Ecuadorian Social Security Institute (IESS), under a dependency relationship, it means that he has a suitable job. In these cases, they leave the list.

It may be that there are people who are dissatisfied because they were left out, everything is perfect, but the vast majority of beneficiaries are the ones who need it the most.

Has the goal agreed with the IMF of supporting the poorest 70% of the population with bonds been met?

How many beneficiaries will receive the bonus in 2023? Will the purges continue?

The macro debugging that we had to carry out already occurred in 2022 and will not be repeated in 2023.

Next year there will be monthly purges, but they will be carried out according to updates in the Social Registry, based on data such as access to formal employment.

The National Assembly questions the reduction of bonds for orphaned children.

Yes, we recognize it, there is still no full coverage with bonds for all minors who were orphaned as a result of femicide (murder of their mothers, ndr).

But there will be more assignments. As of March 8, 2022, the Government ordered the payment of this bonus to the children of the victims, whose cases are under prior investigation by the Prosecutor’s Office. In other words, a final sentence for femicide is no longer needed.

Before this regulatory change, MIES paid a bonus per month. You now transfer three bonuses per month. The goal is to reach 12 financial supports per month.

However, there are elements that do not depend on the ministry, but on the Prosecutor’s Office; for example, the fact of submitting the required information on time.

On the other hand, it is difficult to access the relatives of the victims, it is necessary to generate follow-up and awareness processes. We are putting together those procedures.

How to ensure that people with lower incomes do not always depend on a bonus?

The generation of employment is the best social policy of the Government, 508,000 new suitable jobs have already been created in this administration.

Another policy that helps people get out of poverty is access to human development credits from MIES.

In the previous government, only 3% of the credits were used to finance ventures. That proportion rose to 11% in this administration. In addition, 87% of these credits have been granted to women.

Technical assistance must be deepened so that credit is used more in productive activities and not, for example, to finance a daughter’s 15th birthday party.

Have you controlled cases of identity theft to improperly collect bonuses?

These are cases that are under investigation at the Prosecutor’s Office.

To deal with this problem, we seek to increase payments to beneficiaries through transfers in financial system accounts.

In the previous administration, only 19% of beneficiaries had an account in the financial system. The remaining percentage lined up at the windows. That gave way to cases of identity theft.

Now, the percentage of beneficiaries with a bank account has risen to 28%, with which there is more security for people.