95% of Venezuelans hospitals have 5% of supplies

According to the Venezuelan newspaper El Universal, Venezuela’s central bank reported that the lack of medicines arrived in March, to a worrying 50%, while private estimates calculated that 95% of hospitals have only 5% of supplies.

Due to the critical situation, protests outside hospitals on behalf of patients, doctors and nurses have become recurrent in Venezuela for several years now, not only for the lack of supplies, but also the deterioration of infrastructure, health teams and even for lack of water.

“There is no gauze, no gloves, no painkillers, no antibiotics, no antiseptics. There are no surgical brushes, no draining bandages,” said a young surgeon to AFP news agency, who requested anonymity to preserve her post as surgical resident in the Hospital Periférico de Coche, in Caracas.

According to the same article in El Universal, this is tied to the debt of more than 4,000 million dollars that the government currently has with the importing companies of drugs, equipment and medical and surgical supplies. 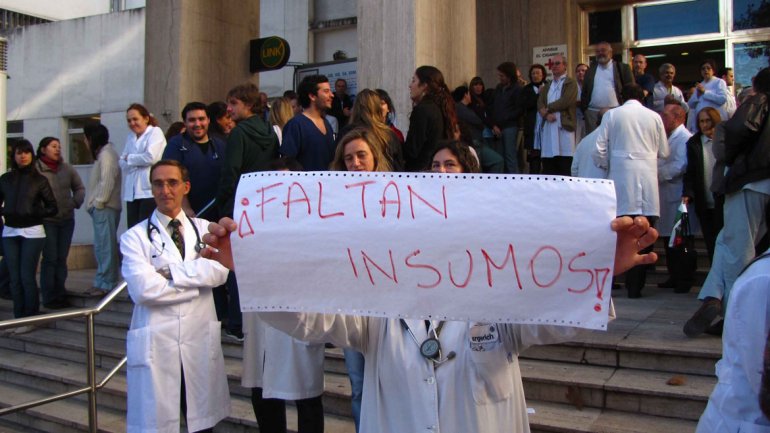