98 convicts are monitored by the 911 with bracelets 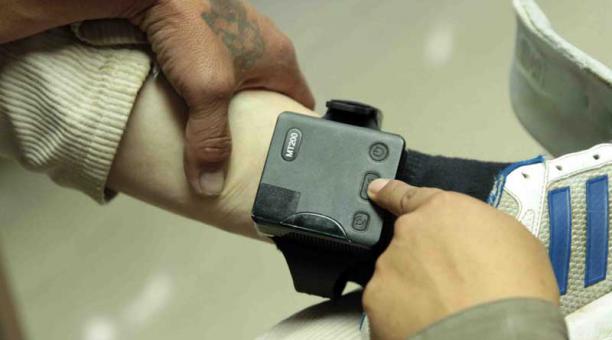 Section 537 of the Criminal Code establishes that this benefit, which replaces pre-trial detention, is intended for persons over 65, pregnant women, detainees with catastrophic illnesses and to protect victims of crimes against women and the family.

Convicts are monitored by the ECU 911 agency. Nine technicians in Quito, Guayaquil, and Cuenca watch the bearers of these devices. Those in charge of the monitoring have the data of these people and the judicial orders.

The state paid USD 1 500 for each bracelet. Justice Minister Ledy Zuñiga says that 4,000 units were acquired. The project had an implementation phase, in which the devices were tested to guarantee their performance and resistance to blows and water.

The Public Defender Ernesto Pazmiño says that this should also apply to parents detained for not paying the alimony. In January 2016, President Rafael Correa spoke of this possibility. Minister Zúñiga points out that Penal Code does not establish this possibility and a legislative reform or a ruling by the Constitutional Court should be required.

The Tzantzas and the truth behind them