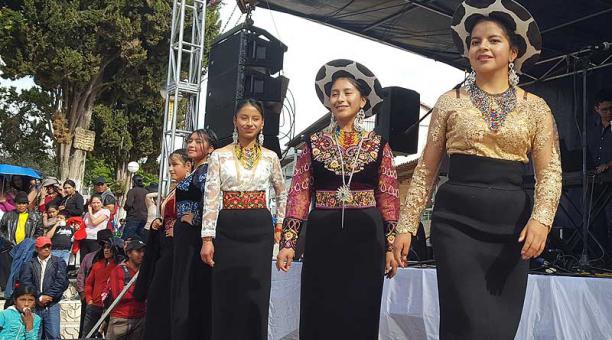 The manufacture of the indigenous clothing, accessories, of fresh and vivid colors is an endemic activity among the artisans of the canton of Saraguro.

This was shown in the Intercultural Design and Fashion Parade organized by the local Municipality, which took place in the central park. About 15 indigenous and mestizo women showed the cultural richness behind each typical attire.

The parade showed the evolution of this dress in the last 80 years. As in a chronological order, the models exhibited first ancestral costumes.

Olga Chalán, 67, is the only artisan of Saraguro who continues making these garments because, according to her, older adults have not stopped using them. “They prefer to keep the essence of their ancestral culture,” says Chalán.