A Countdown for the Smuggling of Liquors 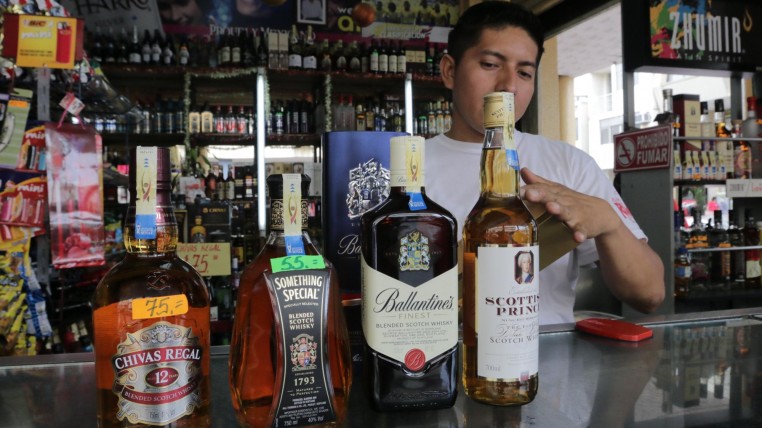 The problem has affected domestic manufacturers and licensed importers, those who legally run their businesses and have seen their sales fall due to higher prices and unfair competition from liquors secretly introduced. But also the State. Everything that smuggles in leaves a debit in the collection accounts of the Internal Revenue Service.
And that is reflected in the statistics. The fall in consumption due to the economic tightness that depletes the Ecuadorian’s purchasing power has been felt in the Treasury, due to the lower prices of smuggling. This has caused that the levy for beer, alcoholic beverages, and cigarettes, among others, decreased in 2016 despite the fact that the government approved a reform that raised the rate for industrial beer in April.
The ICE tax per liter of pure alcohol went from $ 7.24 to $ 12, that is, compared with the strongest beverages such as whiskey or rum.
But this was not the primary measure implemented by the State to counteract the effects of the illegal arrival of foreign drink. The key is to be able to trace each bottle. And for that, a system of labeling was created that serves to know the origin, the payment of taxes and the type of drink for sale.

The Simar system was approved last year in November, but the Internal Revenue Service decided a month later to defer its actual application, being aware that the system that aims to limit the possibility of irregular alcohol circulation also has an impact on manufacturers that must put it into force.