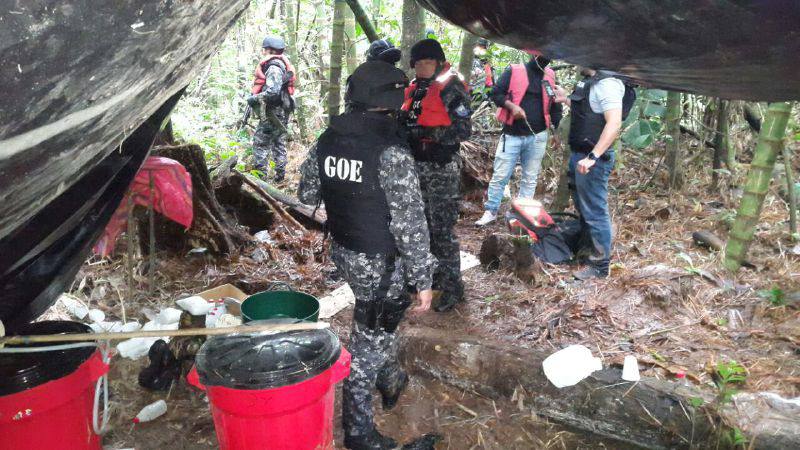 The Police, through the Directorate General of Intelligence, discovered a laboratory designed for the processing of cocaine hydrochloride on the border with Colombia, in a mountainous area of the Guinea sector, within the limits of the General Farfan parish, in the Lago Agrio county, 50 meters from the San Miguel river.

The discovery was made on Friday, May 5th. According to the police, the lab would have the capacity to process about one ton of cocaine per month, and because it was camouflaged in the jungle, its visibility is zero from the air.

The police have made similar findings on the northern border, some that were linked to militants of the Revolutionary Armed Forces of Colombia, currently under the disarmament process.

In General Farfan they found tools used for alkaloid processing, scales, chemical precursors, and a small amount of purified cocaine hydrochloride ready to be sent to its final destination. “We found a laboratory with its structure covered by three tents, the destruction of that laboratory was done in the presence of a prosecutor,” said Captain Victor Hugo Monteros, head of the Special Operations Group of the Police of the Sucumbios province.