A fashion book wants to spread the Valdivia Effect 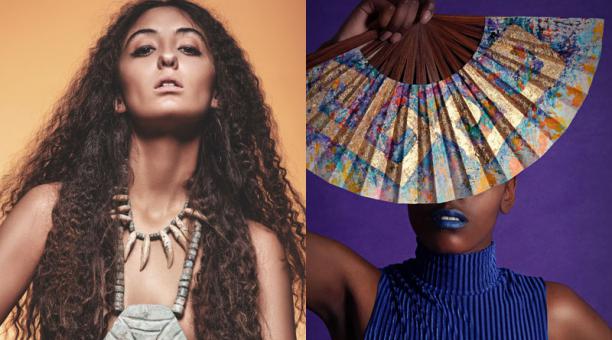 A fashion book wants to spread the Valdivia Effect

The finding of the one considered as the mother culture of America contributed to the reconstruction of Ecuadorian identity.

However, it has been little spread. Paulina Andrade, a fashion designer, found inspiration in the Venus de Valdivia.

“The Venus of Valdivia were considered goddesses. They cultivated their inner part and reflected it through their physical care: they painted their faces with lines, wore gigantic helmets, it is not known what they were, whether of hair, straw or pottery. I liked it because we could project this, ”he says.

The director of this project also questioned the lack of general knowledge of this society, the first in America that used ceramics. Then, he decided to form a working group to transfer the archaeological data to a collection book and create a fashion object that speaks of the country.

The majority of collaborators were women who usually work in a network, although this time more forces joined for this purpose.

For a year and a half, this team worked on the creation of a book that is divided into two parts.

In the first one the investigation was shaped. Estefanía Cardona narrates that in the realization of this project the preconceived idea that she had of the Valdivias was broken: in reality, it was not a completely matriarchal culture, but, one very close to the duality. This can be known in ceramic pieces that represent the sun and the moon, light and dark, or masculinity, masculinity and femininity.

In fact, ceramic vestiges are the means by which archaeologists have been able to reconstruct the ways of life and beliefs of this culture.

The second part is dedicated to fashion, with images in which the Valdivia culture is reinterpreted through the focus of prominent Ecuadorian photographers.

In addition to Soledad Rosales, Juan Pablo Merchán, Andrés Franco and Tamia Vivero participated. Franco went a step further, because he explored the area of ​​Valdivia, in Manabí, and met with women who live there, to create a concept closer to the descendants of this culture.

While there is no certainty that the Valdivia culture has developed textiles, the designers used natural and highly textured palette materials to create the effect.

In Ecuador, rarely have we worked on the research and production of conceptual graphic content for the same publication. Cardona believes that it is because we tend to see fashion as superficial.

“It is healthy to do inspirational exercises that are respectful. Because of this idea of ​​not wanting to be indelible, we have moved away from being playful with our own culture, ”he reflects.

Tips for shopping online in Ecuador