A first semester of losses for the Ecuadorian economy

Ecuador’s economy will close with sales losses in the first half of this 2020. This scenario includes the impact of the pandemic in the productive area from March 16 to June 16, which according to a preliminary report from the Ministry of Production they would add USD 6114 million. The data corresponds to electronic invoicing. The activity that had the worst performance in the first semester was commerce , with losses of 8,722 million in the pandemic . Services and industries followed. The least affected sectors were agriculture, banking, livestock and fishing. Businesses food and medicines were the least affected. 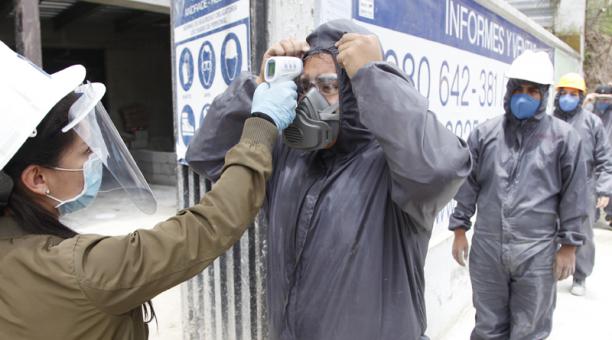 A first semester of losses for the Ecuadorian economy

The fall in economic activity hit employment and there were 240,000 disaffiliations to social security until mid-June.
The economic losses in the companies began to be reflected from March 16 of this year and remained constant until the first week of May when the figures began to improve.

Thus, in the second week of June there were USD 136 million in daily losses, a figure less than the 246 million on the day of the beginning of the quarantine.

The external shock generated by the pandemic aggravated the situation of public finances. The fall in the price of oil, even to zero levels in late April, reduced revenues for the Treasury.

Since mid-May, this raw material has recovered, although fears of a further decline remain due to the containment measures taken by some countries.

The breakdown of the pipelines in April temporarily stopped the pumping of crude oil and increased pressure on the fiscal box.

On the other hand, tax collection fell by 19% between January and June last year compared to the same period in 2019.

Faced with this scenario, the State had to request in April an extension in the payment of interest to bondholders and a renegotiation .

The outlook for the first two months of the year was positive for several sectors, including export sectors .

But the pandemic had effects on the world economy and negatively impacted the performance of the country’s 23 export sectors. Among those that fell the most were flowers. Despite this, non-oil shipments grew USD 474 million until last April; especially for bananas.

Low public investment impacted construction in this first half. The Treasury allocated USD 1,789 million for this item until June of this year; that is, 483 million less compared to the same months of 2019.

Housing reserves in the private real estate sector, on the other hand, fell 30% until last March.

Then, the activity was paralyzed until April. “We lost the best month of the year, which is when the profits are paid to the workers,” explained Jaime Rumbea, spokesman for the Association of Real Estate Developers.

But since May “there was a noticeable recovery,” said Rumbea, adding that continuing with this rhythm will depend on how strong the Biess credit flow is.

Overall, sales of all activity fell 15% in the first half.

The Central Bank projected that exports will fall 5.2% this year. Until last April, the reduction was 9%, compared to the same period in 2019.

Commerce was the hardest hit activity

Internal sales by the wholesale and retail trade sector generated USD 12.94 billion between January and April this year, according to data from the Internal Revenue Service (SRI).

April was the most critical month. Billing fell by half compared to the same month in 2019. This is because at that time more stringent restrictions on mobility were in force in the country and that, in turn, paralyzed a large part of economic activities.

The Guayaquil and Quito Chambers of Commerce have expressed concern and expect the gap to close as trade picks up.

Agricultural production, in most items, had a positive performance in the first half of the year and still in the confinement.

Banana production grew by 10 percentage points in the first half, despite farmers receiving payments below the support price, said Byron Paredes, head of the Association of Banana Producers of Ecuador. “This affected us because the cost of production increased due to the pandemic.”

In addition, there were logistical problems between March and May and difficulty in accessing inputs, which affected the final prices, said Rodrigo Gómez de la Torre, head of the Chamber of Agriculture of the First Zone.
However, there was a drop in dairy consumption, so the product had to be disposed of.

Before the pandemic, the banking sector expected 2020 to register a growth rate of 6% to 7% in deposits and loans.

However, the effects of the pandemic will affect the projection. “We hope that both the granting of loans and the growth of deposits will be less than 2019,” said Julio José Prado, president of the Association of Private Banks of Ecuador (Asobanca).

According to Prado, despite the effects of the pandemic, banks have adequate solvency indicators of 13.65% and 28.08% liquidity. “These levels of liquidity allow banks to be prepared to be able to respond to depositors.”

A significant increase in delinquencies is expected for the second semester, because the clients’ ability to pay is affected.

April was the worst month for manufacturing

After the commercial branch, one of the most affected economic activities during the first four months of the year is manufacturing.

In the quarter, sales totaled USD 5 528 million, according to data from the Internal Revenue Service (SRI) that does not include exports.
The figure is less than the USD 6 728 million in the same months of 2019. If only the month of April is observed, the losses were 44.7%.

According to the Ministry of Production, based on electronic invoicing figures (including public companies), the cumulative impact is 2,464 million.

To reactivate consumption and, with it, production and employment, different unions promote a campaign that motivates the purchase of local products.

Leonardo Ottati: ‘From March 16 to May 16 electronic commerce moved more than $ 500 million’