A huge hospital, and little care 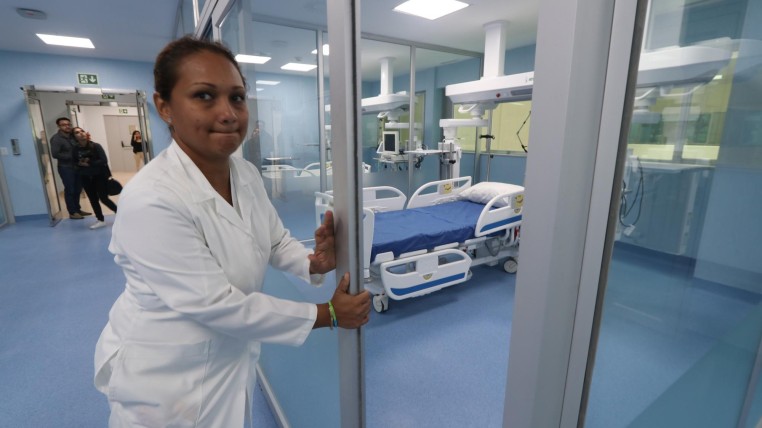 An average of 500 patients per day is recorded in the Social Security Hospital of Los Ceibos. Its reopening is scheduled for May 24.

42 days after its inauguration (made 72 hours before the election day held on April 2nd), Los Ceibos Social Security hospital in Guayaquil, considered the largest in the country, has received multiple complaints from those who have come seeking for care but have encountered areas still closed.

Some 330 doctors and 595 health professionals, who constantly receive training on modern equipment, work inside the imposing six towers structure. Only a part of the staff is dedicated to the care of patients who arrive at this second level hospital, either for emergency care or for an appointment assigned by the call center, or derived from other medical units.

In the outpatient department, where expectations surpass the attention of 4,000 patients per day, there are no agglomerations. Some patients have left without medical examinations reports or have been referred to other units of the IESS since all the departments announced at the lavish opening on April 30th are not operational.

According to the opening schedule, placed on the access doors to the towers and in the outpatient and emergency areas, Los Ceibos hospital will only be operational at its 100% capacity in twelve days.