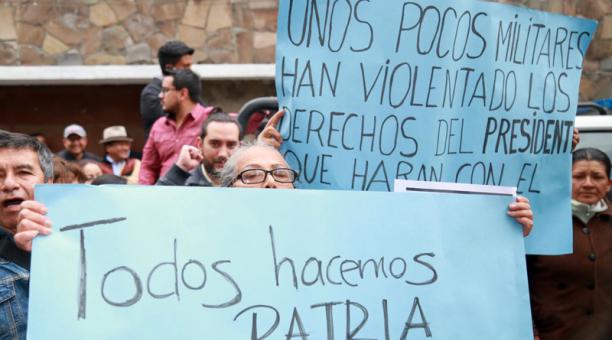 The request was denied. Judge Marco Tamayo, of the Judicial Traffic Unit of Quito, denied Thursday afternoon September 15, 2016, an action for greater protection in favor of Major Jose Intriago. The officer tried, through the constitutional remedy, that the Assembly convenes the High Command of the Armed Forces to give its comments on the draft reforms of the military social security (ISSFA).

According to the officer, Tamayo´s failure to appear before the legislature is “violating his constitutional rights.” However, Tamayo, in his resolution, pointed out that Intriago´s request does not meet the legal requirements. And he clarified that there are other legal mechanisms to meet these issues. On August 30, Intriago and Jorge Zambrano (Navy captain) separately raised similar protection actions in judicial units in Guayaquil. The judges of that city ruled against the two officers and argued that they have no competition as the seat of the legislature, where reforms to the ISSFA are being processed is in Quito.

Indecision in Ecuador, one month before the call for elections