An action of complaint and protests will be carried out by the supporters of the politician and businessman Álvaro Noboa against the advisers of the National Electoral Council (CNE ) to demand their qualification as a candidate for the Presidency of the Republic, sponsored by the Social Justice movement , within the framework of the general elections of February 2021. 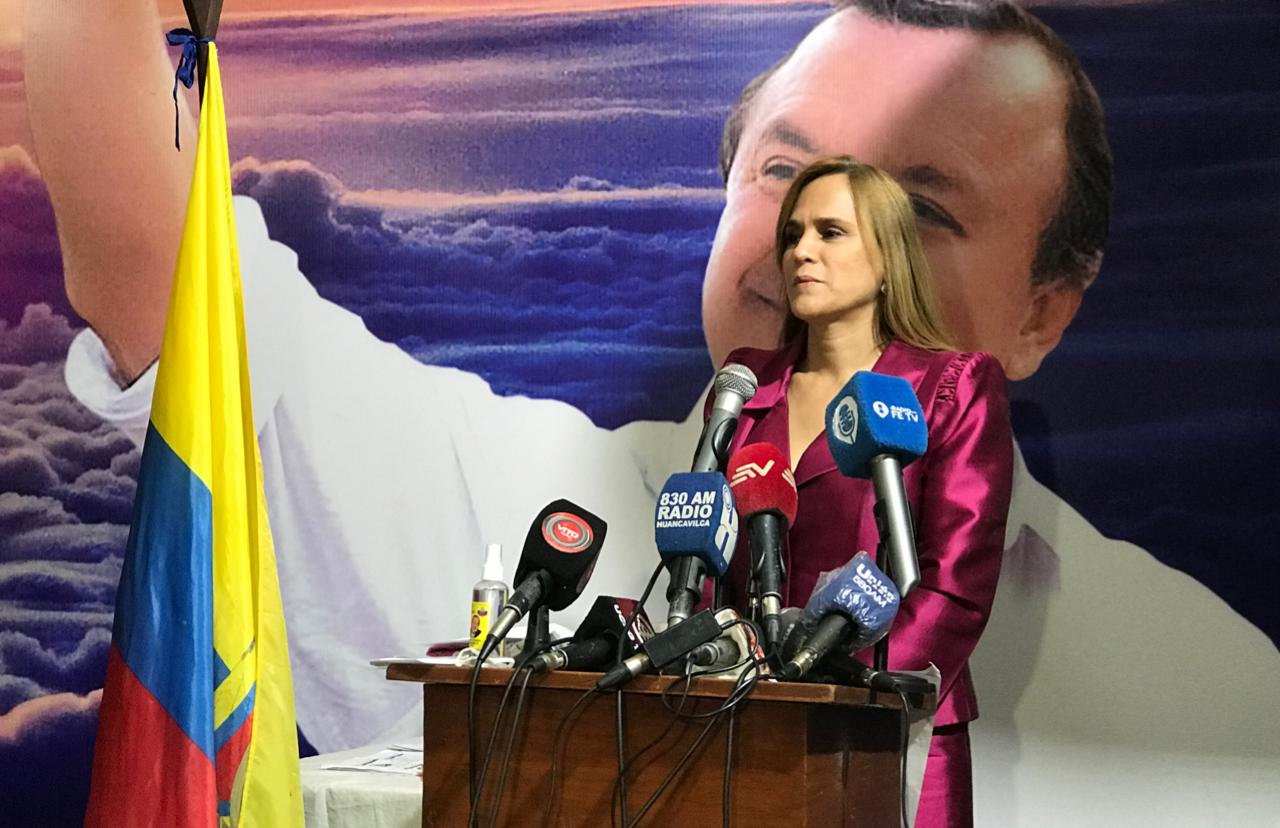 Sylka Sánchez, (former director of the defunct Adelante Ecuatoriano Adelante party) and related to Noboa, announced that tomorrow they will be in Quito in a mobilization for the CNE to proceed with the registration of the politician as its presidential candidate together with Gino Cornejo, for the Vice Presidency of the Republic.

“The corrupt CNE says that the registration was done out of time. It is a lie, a smokescreen that he intends to put up so as not to qualify Noboa’s candidacy. The country is deceived, and they try to delay the registration, ”Sánchez reproached this November 23 at a press conference in Guayaquil.

According to Sánchez, Social Justice filed a complaint action against the five electoral advisers in the Contentious Electoral Tribunal (TCE) for not complying with a ruling in which reparation measures were ordered in favor of the movement, such as the establishment of deadlines for to carry out their candidate selection and registration processes. They seek to be accused of “contempt” of a decision of legitimate authority.

The CNE resolved on November 11 to annul a first resolution in which the deadlines were given, under the argument that there is an internal report that outlines that the computer system was enabled for Social Justice, as for other parties and political movements, but did not register its candidates.

In addition, it ruled that for the registration requests submitted in full and within the terms of the electoral calendar, “the continuity of said processes is processed.”

With this, the registration of Noboa and Cornejo did not take place, since they were unable to enter the documentation into the system.

“It is intended to boycott. The candidacy is registered, it is in the system, it was legally registered, they are inventing lies and creating incidents so as not to qualify it, ”said Sánchez.

The political group presented a request to the TCE to execute the sentence of reparation measures, after the legal personality was returned, since it was extinguished from the Registry of Political Organizations of the CNE, accepting the recommendations of the State Comptroller’s Office.

On November 19, the plenary session of the TCE requested the judge of first instance, Arturo Cabrera, to process the execution of the sentence.

But on Sunday afternoon, the Electoral Council issued a statement stating that “the necessary measures have been adopted to avoid any violation of the candidacies promoted by the political organization, reactivating the processes of qualification of candidacies that were pending.

Although, “without this meaning the automatic registration of new candidatures submitted or extending the deadlines for those registration procedures that were not included due to the responsibility of the political organization, when there is no evidence of any limitation to enter the system.”

For the political leader, this statement is an attempt to “boycott the candidacy. Lies are being invented to put incidents. The candidacy was legally registered ”, he emphasized.

“Now we are going to mobilize to Quito and we are not going to move from there until the Court’s ruling is respected, until Álvaro Noboa’s candidacy is qualified,” he added. (I)