In a few days, the coronavirus locked us at home and forced people to study, work and meet each other’s eyes through a camera. Internet access has allowed many to continue despite the pandemic thanks to modalities such as telecommuting or online education , but the reality is not the same for everyone. In fact, almost half of the planet’s inhabitants – around 3,200 million people – do not even have access to the Internet , as warned at the end of 2019 by the International Telecommunications Union (ITU), the specialized agency of the Organization of the United Nations (UN). In front of the 4,540 million people who are now online, according to figures from the We Are Social portal. 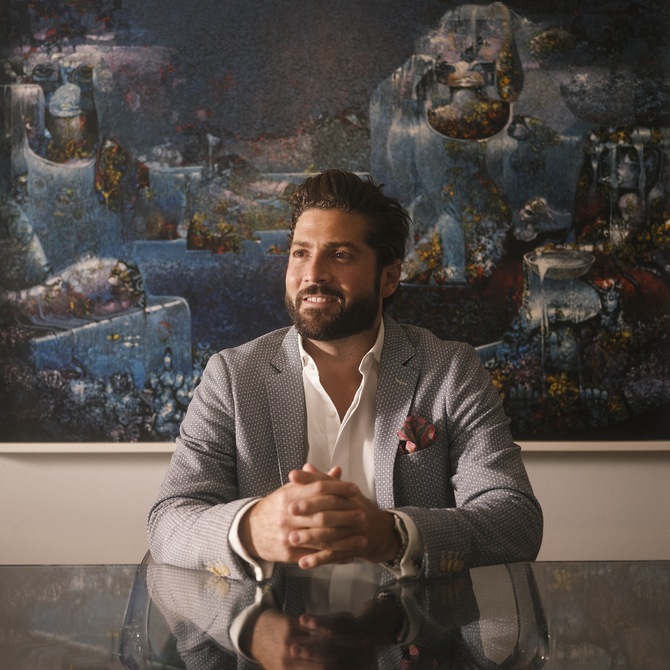 “Wayfree is a model that can be replicated everywhere and even more so where access to connectivity is limited and expensive as it is in Latin America,” says Plaza.

The world without internet is unimaginable. That is why its importance should be discussed. Today more than ever, daily tasks, communication and enjoyment depend mainly on this tool. According to its definition, the internet connects users with different types of mobile phones and computer systems. In addition, the exchange of ideas, information and news needs an internet connection to bridge the digital divide, since, according to this data, digitization is not occurring equally around the world.

In the case of Latin America, what is needed? “The first step is connectivity and access to neutral infrastructure so that all kinds of solutions can be deployed and create an ecosystem. This is what we find ourselves doing to be an enabler of knowledge, development and security ”, says Sergio X. Plaza (35 years old), a Guayaquil man who lives in Guatemala, founder and CEO of Wayfree in 2016.

Wayfree is the leading provider of free internet connectivity in Central America, he says. “We are implementing wireless access points in cities and towns, with the ultimate goal of making wireless internet access a universal free service; and continue presenting Smart City, Micro Mobility (Powered by BIRD) and E-Government initiatives that improve people’s quality of life ”.

Plaza offers data from Guatemala to get an idea of ​​what can be done in Ecuador or other countries in the region. “Today’s internet access is expensive for a population of which 98% have smartphones and 92% are prepaid users. In India, 1GB of data costs $ 0.09 vs. Guatemala for $ 1.60 ″.

And it is through strategic alliances that Wayfree provides access to more than 25,000 public lighting poles, located in 324 of the 340 Guatemalan municipalities and with more than 7,000 km of fiber optics nationwide to deploy free internet access zones. Resulting in free connectivity for more than eleven million people, out of a total of 17’613,000 inhabitants that Guatemala has.

Wayfree has made alliances with the electric distribution companies Empresa Eléctrica de Guatemala of Grupo EPM and Energuate. “Then the government of President Alejandro Giammateri and each of the municipalities joined until agreements were formalized with the Ministry of Communications, Infrastructure and Housing, the State Telecommunications Company, the National Association of Municipalities of the Republic of Guatemala, 340 municipalities, the Ministry of Education, among other state organisms ”.

Plaza is also the founder and CEO of the Moov Group of Companies. He began his business career through telecommunications solutions and Smart City solutions in Guatemala and Central America and has held other positions in this area.

“(With Wayfree) in the beginning, the idea was to bring connectivity and create a digital advertising medium. The surprise was the social impact and the benefit we were giving to the population. Even in 2018 the United Nations Organization ruled access to the internet as a human right. This gave us a mission that we consider could be a change in telecommunications, mainly in Latin America, and made us look for more allies to continue growing in coverage. Today we are in 20% of the municipalities of Guatemala with the objective of completing 340 and reaching 100%, and thus continue in Central and South America ”, highlights Plaza, who graduated from the Colegio Centro Educativo Nuevo Mundo in Guayaquil and in Florida International University (Miami).

In every venture there are challenges and for Wayfree it was no exception. “The biggest challenge of founding Wayfree was to find self-sustainability by generating indirect income with the aim of making internet access free for everyone and finding a freemium model applied to telecommunications,” says Plaza, adding that this provider could come to Ecuador. “It is a model that can be replicated everywhere and even more so where access to connectivity is limited and expensive as it is in Latin America. It is even something that at the appropriate moment I would like to propose to the President of the Republic of Ecuador, Guillermo Lasso ”.

The digital divide was initially attributed to underdevelopment and was perceived as something temporary that would disappear with the popularization of technology. However, this gap persists today despite the massive commercialization of electronic devices with internet access. “Reducing the digital divide in the Latin American population is very important. Statistically comparing the last 30 years, the world has never been better. These improvements have occurred in the last 15 years in an exponential way and it is thanks to technology and telecommunications as the first step to connect all people. The digital divide that exists in Latin America limits us extremely to the world market. By having a connected region, they would improve the living conditions of the neediest people, creating employment and opportunity, as well as improvements in education and food, we can accelerate and geographically take advantage of being important partners, for example, for the United States ” .

Inequality in access to the Internet and ICT (Information and Communication Technologies) affects 52% of women and 42% of men worldwide. This gap becomes even greater when it comes to regions: according to data extracted from the Internet portal World Stats as of May 2020, in Africa only 39.3% of its inhabitants had internet access, in Central and South America, 68.9 %; versus 87.2% of Europeans and 94.6% of Americans.

Wayfree has strategic partners such as the IDC Group. “A very important impact fund in Central America with a presence in the United States and Europe. We have also just closed a partnership with ROKiT Group, a global conglomerate that together will join forces to reduce the digital divide in Latin America and successfully replicate what we have achieved so far. In addition to introducing countless benefits for users through connectivity ” , says Plaza. (I)

Gerardo Mejía, the rich and smooth ‘colonel’ of Kentucky