A mastery degree is not enough to get a job 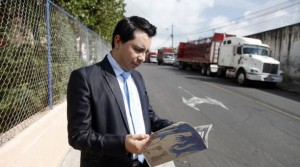 In their resumes, they highlight their qualifications obtained in graduate schools. Others, however, had the opportunity to study abroad. Despite this and their experience, it is difficult for them to get a job.

The open unemployment rate in urban areas in the 25 to 34 year age range in which, in most cases, the titles of third level and in some cases fourth level, went from 4.42% to 5.02% in the last nine years, according to the Ecuadorian Institute of Statistics and Census (INEC). Until the end the last year, 233,854 people were unemployed.

This is the second group that is registered as unemployed. Behind them, the third group are the citizens from age 35 to 44. In the Andean University, specializing in that kind of academic background, the average age of students graduate men is 38 years, while for women is 36 years. (I)