A May 1 without marches and with almost 50,000 new unemployed in Ecuador

47 days ago the labor situation in Ecuador was different. Some workers started their day before the sun appears and others culminated at nightfall. 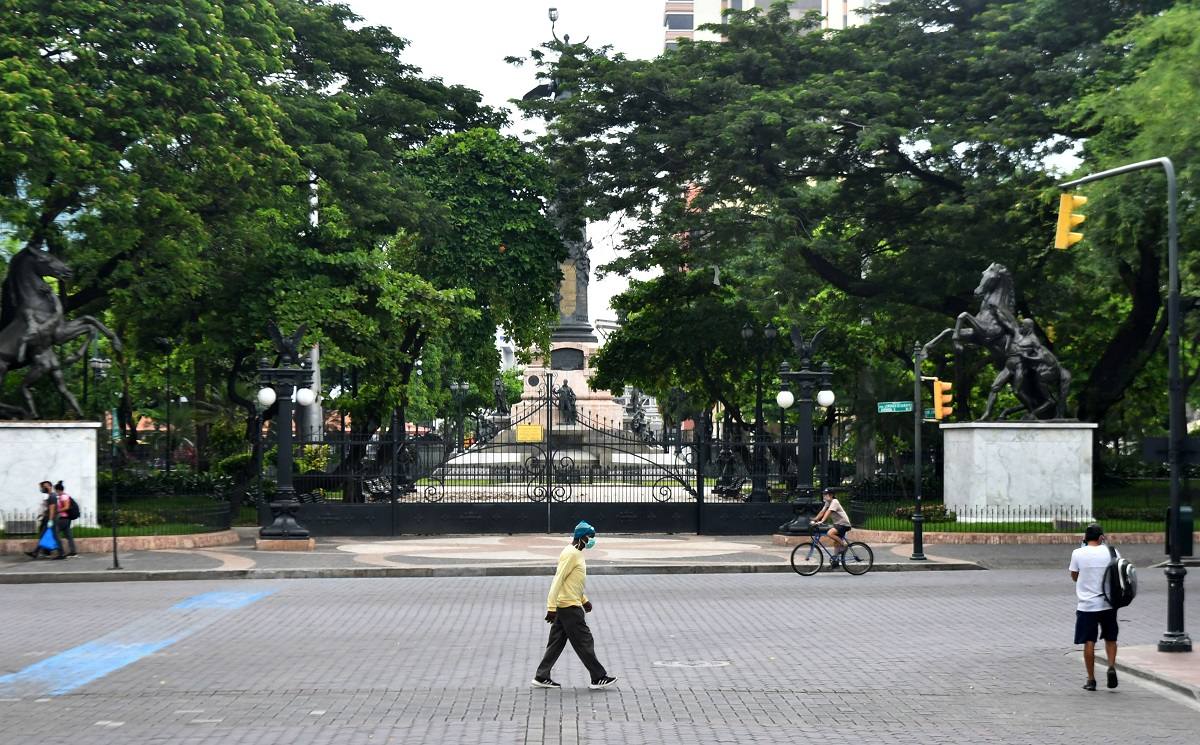 A May 1 without marches and with almost 50,000 new unemployed in Ecuador

The rush to get home and avoid traffic was routine. Today that hustle is not.

Formal and informal commerce also flowed in the main avenues of Guayaquil, such as 9 de Octubre.
Fast food businesses, clothing or appliance stores were noted.

“Come, miss, come in and see our products, we have a 2 × 1 promotion”, was one of the slogans that were used to hear from workers who convinced the user to enter the premises by microphone . His voice was mixed with music.

Today, on Labor Day, that panorama is one of silence in the country . There will no longer be the traditional march that took place on Lorenzo de Garaycoa and 9 de Octubre streets, at the foot of Centenario Park.

The previous year the slogan was to respect employment and today a “cacerolazo” is expected from the houses and neighborhoods against the draft Humanitarian Support Law that is being debated in the Assembly. And small concentrations.

The COVID-19 pandemic not only leaves Ecuadorian families grief over the death of their loved ones, but also loss-making businesses and therefore layoffs, suspended or reduced wages.

A month ago , staff cuts began at various companies. And this week the completion of contracts has been more noticeable. For example, workers at California Bakery published 150 people on social media.

A group of them protested outside the premises, in the center of Guayaquil. “They want us to sign a voluntary resignation or an untimely dismissal, they don’t even present us with a settlement agreement to know what our values ​​are,” said one of them.

Persian Yogurt workers also expressed their discomfort on social networks. One of them said that it is intended to give a settlement of $ 500 to those who have been working for more than five years, and showed a document in which the company used number 6 of article 169 of the Labor Code on termination of contract alleging force majeure.

According to the Ministry of Labor, until April 17, it had received 1993 complaints alleging the use of article 169, numeral 6, and only in the following nine days there were 633 new complaints of this type (as of April 26, there are 2,626 cases of force majeure) . And 5638 complaints of untimely dismissal, workplace harassment, non-payment of settlement and retirement , among other reasons.

Since the March 16 quarantine began, Lenin Duque , an expert in labor law, has received 350 lawsuits for this individual contract termination figure . He sponsors some contributors to Panaderia California and claims he is preparing a lawsuit.

The labor lawyer Vannessa Velásquez in 47 days of quarantine has known of 480 dismissals from the mining company Green Valley Resources SA, from which she sponsors 107 workers. Two layoffs at the textile company Casa Linda and 60 at Royal Flowers. In the latter, it sponsors 35 employees.

He points out that the majority of consultations are for termination of force majeure and very little for untimely dismissals.

The Ministry of Labor has registered “but not approved” 49,733 contracts for the settlement of contracts for different reasons contemplated in the law.

For the constitutional law lawyer María Auxiliadora Fabre , it is illegal for the Ministry of Labor to approve an untimely dismissal or termination due to a fortuitous case. Says the decision is up to a judge.

” That would be up to a judge. However, I imagine that what they have to approve is when they send the settlement report, the liquidation values ​​based on what adheres to the law (…) according to the case, the situation, if applicable or not the settlement that the employer sends them ”.

While for Duque, the figure is for a single reason: “It is only in the case of force majeure that they ask to review the minutes first (in the Single System of Workers-SUT) and then approve them, it means that of the 49 733 minutes of settlement that have been made, they are all due to force majeure , that is, all employers are applying this law because if it were for any other reason, they do not have to approve it ”.

However, for Velásquez the “approval” can be for several reasons. She explains that recently at the SUT there was the option to review minutes and now without the tool she considers it difficult to determine whether or not they are acts of God.

“If I am notified with force majeure and sign the settlement act, it is not that the process ends there, that settlement can be challenged before a judge and it is the duty of the ministry to review the settlement acts (…). By putting the option of minutes to review, they wanted to correct this error in law that has been dragging for some time , since it is the obligation of the Labor inspector to verify minutes and that no longer occurs due to the implementation of the SUT platform, ”he says.

The Government projects that 508,000 people could enter unemployment as a result of COVID-19 , this would be a rise in the rate from 9% to 10%. That official indicator is delayed by the health crisis. (I)

Foreigners at the border ask to go to Colombia

Foreigners found work and a new life in Ecuador