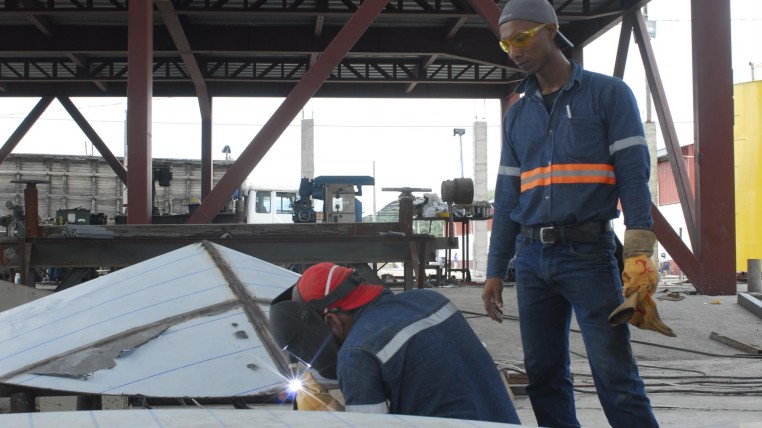 It will be the first coffe processing plant made with one hundred percent Ecuadorian technology, and for its capacity, it will be the second most important in Ecuador.

Askley Delgado, who until recently rented a state plant located on El Triunfo highway, opened the doors of his new company to daily Expreso, which is advanced by 70% and that plans to recover two of the most important markets: the English and the Polish.

Evaporators, extractors, storage silos and toasters are built in the new place. And not only that, shafts, gears and mirrors for exchangers are also manufactured. And Victor Valero, who has worked for Buen Cafe, Gusnobe and other companies, is the man behind this. He has been all his professional life linked to the national coffee industry.

The hardest thing for him is to build the drying tower, this the first to be made in the country because those owned by other two companies were imported several years ago. The industrial model applied in the plant under construction is Swedish. “We have copied it and improved it,” said Delgado to daily Expreso.