A new presidential action against a disciplinary board 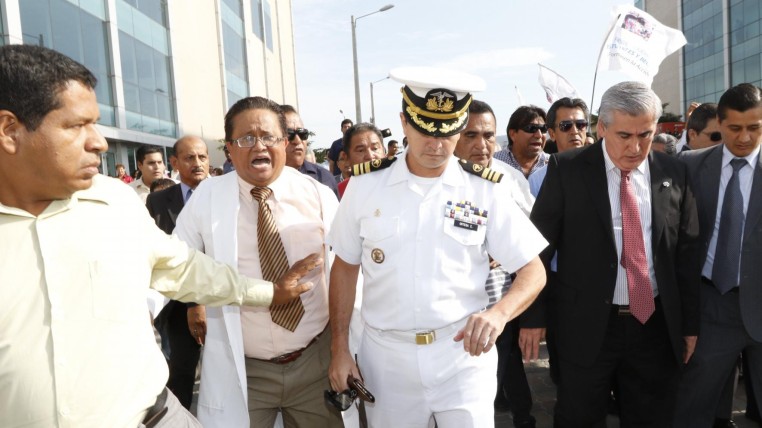 President Rafael Correa insists that his power to “exercise the highest authority in the Armed Forces and the Police is recognized.”

Judge Vanessa Wolf proved him right last week in Guayaquil. She overrode the Disciplinary Board of the Navy that did not sanction Captain Edwin Ortega for allegedly insulting the president. A similar process began in Quito.

Wolf ordered that a new Council is formed to judge the conduct of the officer. She warned that this “shall take a decision on the basis of constitutional and legal provisions.” The decision was notified to those involved, on Monday.

That same day, at 14:30, Correa presented the second protective action. This time it was in the capital and against the Disciplinary Board that did not sanction Captain Jose Penafiel.

The defendants are the captains of the Navy Irma Carpio, Carlos Lopez, Danilo Espinoza, Mario Pabon and Alexandra Zambrano.

They judged the conduct of the navy officer, Monday, August 22, and acquitted him. The official -like Ortega- responded to a mass mailing sent by the president. The response of the officer was deemed offensive by the authorities.