Jesus’ triumphal entry into Jerusalem is narrated in four books of the Bible. The son of God is received by the crowd as the king, the messiah, an episode that marks the beginning of his passion, death and resurrection of him, which are remembered during Holy Week or Major. 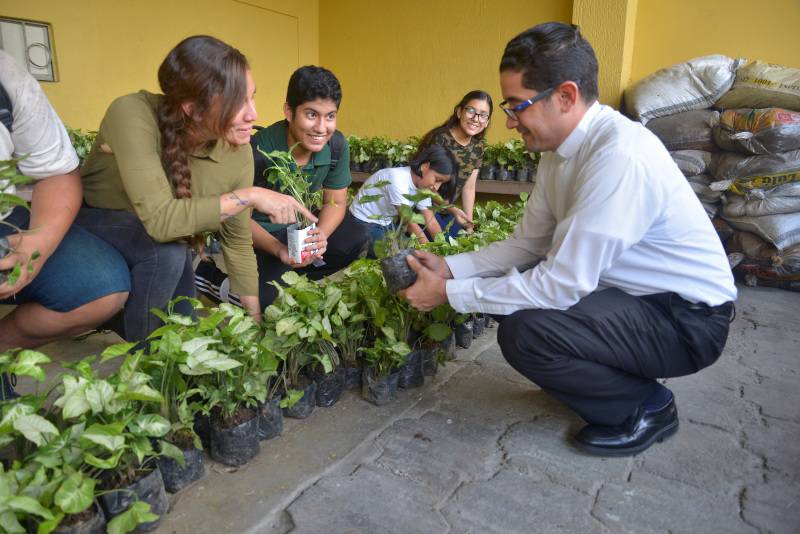 In previous years, in Guayaquil churches such as Cristo Rey, parishioners remembered Palm Sunday with plants to avoid the use of wax palm.

During that, the last entry into Jerusalem, those who attended to welcome him took palm branches and cried: “Hosanna!”, “Blessed is he who comes in the name of the Lord, the king of Israel!”, according to the book de San Juan.

The evangelist Marcos reports that along the way many spread their cloaks and others cut tree branches and arranged them so that Jesus would cross on a donkey, amid voices praising and blessing him.

Christians remember this episode on Palm Sunday and from it comes the tradition of carrying branches to the masses and processions that take place that day in different churches in Guayaquil and the rest of the country.

This Palm Sunday, April 10, is the sixth and last Sunday of Lent, the liturgical season of preparation for Easter. After two years of a pandemic marked by restrictions, parishioners will once again participate in mass and other activities.

“When Jesus arrives in Jerusalem on this occasion, he is received in a special way. They receive him as the messiah, Jesus arrives on a donkey and the people recognize him as the son of David, that is, and that is why he is called the messianic entrance of Jesus, because the people proclaim him the son of David. That is what the church celebrates on Palm Sunday”, says Father César Piechestein, parish priest of Our Lady of Czestochowa, in the north of the city.

The religious recalls that, although wax bouquets are no longer used to preserve the environment, there are other materials that are used to make them and maintain tradition.

In parishes such as Nuestra Señora de la Alborada, the distribution of the bouquets, at $1, has been pre-sold, according to the Facebook account of this ecclesiastical jurisdiction. And the funds obtained will be invested in the parish house project.

The Church of Our Lady of the Angels, known as San Francisco, will organize this Palm Sunday the procession of Jesús del Gran Poder at 3:00 p.m. The pilgrimage will leave from the San Francisco square and will go through October 9 avenue, Baquerizo Moreno, Mendiburo, Garaycoa, August 10, Chimborazo streets and will return to October 9 to culminate in the square.

Considering that the COVID-19 pandemic is not yet over, the Ministry of Public Health (MSP) urges parishioners to maintain biosafety measures such as hand disinfection and permanent use of a mask during religious events that are organized on purpose. of the date. This year there will be no capacity restrictions or mobility.

Campaign to avoid the use of wax palm

The Ministry of the Environment, Water and Ecological Transition presented this Thursday the campaign Tradition and conservation go hand in hand, with which it seeks to make the Ecuadorian population aware of the importance of avoiding the use of wax palm.

This initiative has been promoted for 16 years to avoid the commercialization of this resource and provide alternative materials for the elaboration of bouquets. It includes training, environmental talks and fairs organized at the country level.

The wax palm is characterized by its slow growth, requires more than 80 years to start its reproductive cycle and can exceed 200 years of age, according to the State portfolio. It is found in mature and secondary forests and provides food through its fruits to birds such as toucans, bush turkeys, parrots, among others, and to mammals such as armadillos, bears, deer, peccaries, rodents and primates.

Since 2012, with the aim of recovering sectors affected by the gradual reduction of wax palms, the environmental portfolio has reforested 7 hectares in the cantons of Pallatanga and Colta, province of Chimborazo.

According to article 247 of the Organic Comprehensive Criminal Code (COIP), the collection, extraction and commercialization of wax palm is a crime that is punishable by imprisonment for one to three years. (I)