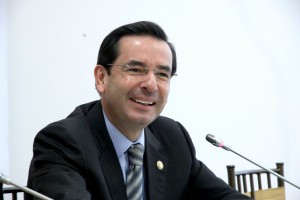 Constitutional amendments will have a panelist at the second debate with the power to make final changes to the bill before the vote. This will be the president of the Occasional Commission, Juan Carlos Cassinelli, of the ruling party.

Cassinelli said that as rapporteur, he will propose “the best possible text,” he will assume that task with full responsibility and added that the subsequent monitoring of the Constitutional Court (CC) comes from unconstitutional activities that can be submitted after the amendments are approved.

For the ruling party, changes can occur as long as the essence of the opinion of the CC is not affected and the constitutional control would be done when there is constitutional demands. Torres is the one who announced he will prepare a lawsuit against the bill form.