A project to replace gas heaters is being prepared 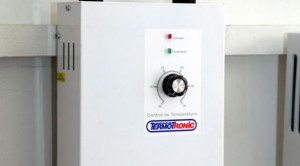 Following the initiative of replacing gas stoves by electric stoves, the Ecuadorian government is preparing a project for replacement and scrapping of gas water heaters.

The Minister of Industry, Ramiro Gonzalez, indicated that it is sought that 13% of homes replace water heaters that use liquefied petroleum gas.

According to the Ministry of Electricity, about 400 000 households in the country use water heaters.

Gonzalez said that the project will seek to replace this type of heaters with electric heaters in the coming months, which would be late 2014 or early 2015.

This would be an alternative for households that use gas to heat water and will have to pay in the coming years the price of fuel without subsidy.

Currently, is also being evaluated to give an incentive to the electricity tariff for households who choose the electric water heater and electric showers.