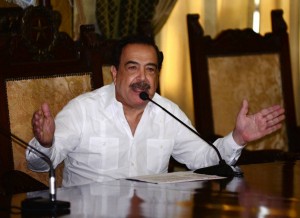 Jaime Nebot, mayor of Guayaquil, said thar next June 25 the city will protest along the 9 de Octubre avenue “against deception”. Nebot questioned the announcement of President Rafael Correa to temporarily withdraw the laws of Inheritance Tax and Capital Gains.

Last Saturday, in Machala, he asked the Guayaquil people take to the streets. “So Guayaquil defends its land and its home, Defend Guayaquil on its street, at the 9 de October avenue on June 25th. We can disagree on many things politically, but we can never yield cowardly,” he said.