A Public Administration that no longer generates jobs as before 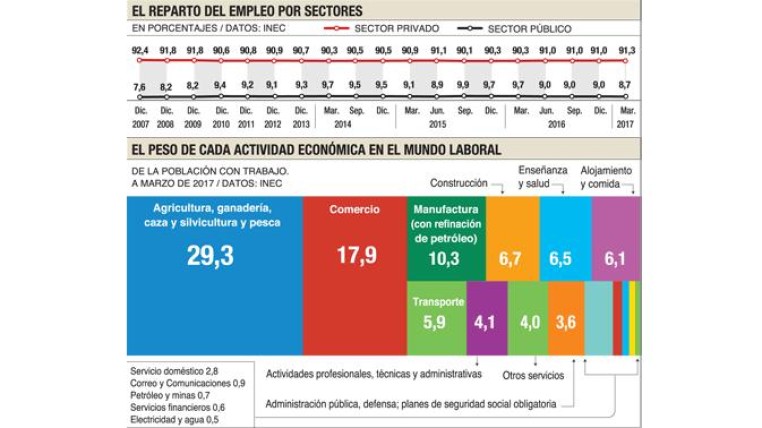 Official employment statistics speak of a recovering country that has generated more than 316,000 (mostly precarious and informal) jobs in the last year. But it has nothing to do with the contribution of the Public Administration.

In the most optimistic labor report of the last two years, the state has lost ground as an employer. According to the same official figures, the State employs 3.6% of the employed population (until March 2017), that figure was 4.2% a year ago.

And as confirmed by the National Institute of Statistics and Censuses, this means that the number of people employed by the public sector has been reduced by 28,421.

Carlos Cortez, former director of the INEC, attributes this situation to the fall in oil revenues that triggered a need to reduce the current spending. Like him, Tito Palma, a former labor minister, believes that the state’s tax system has suffered an excessive pressure that explains the cuts in bureaucracy.

Correa offended diplomats, according to internationalists