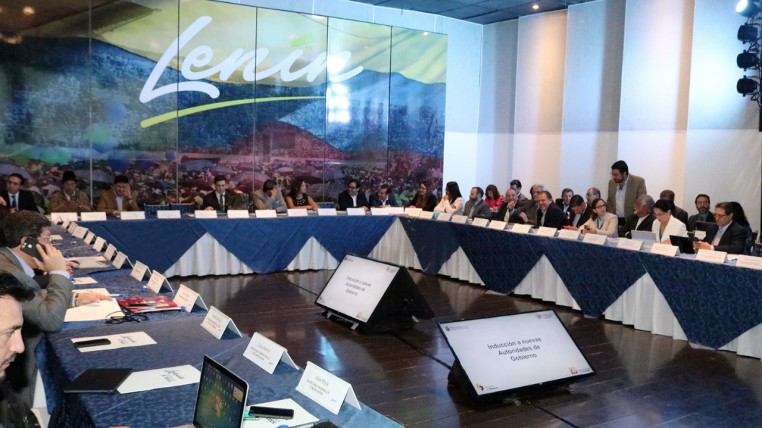 The names of the new team of President-elect Lenin Moreno were released on Twitter. Moreno himself published the list of 43 officials on Twitter at 10:00 yesterday, in addition to the positions they will occupy from today. The informal announcement confirms the preliminary names that transcended last week during a working meeting at the headquarters of the Alianza PAIS in Quito.

Moreno eliminates the six coordinating ministries and the Secretariat of Public Administration (whose functions will be reassigned to other governmental agencies); He divided in two the portfolio of Agriculture, Livestock, Aquaculture, and Fisheries; He created the Technical Secretariat of the program ‘A Lifetime,’ as well as two presidential councils: Economic Policy and Habitat and Environment.

The new team, at first glance, looks different from that of the outgoing president Rafael Correa, the repetitive faces of the last years that were transferred from one ministry to another, or remained unchanged vanished. However, when comparing both, the number of officials is almost the same.